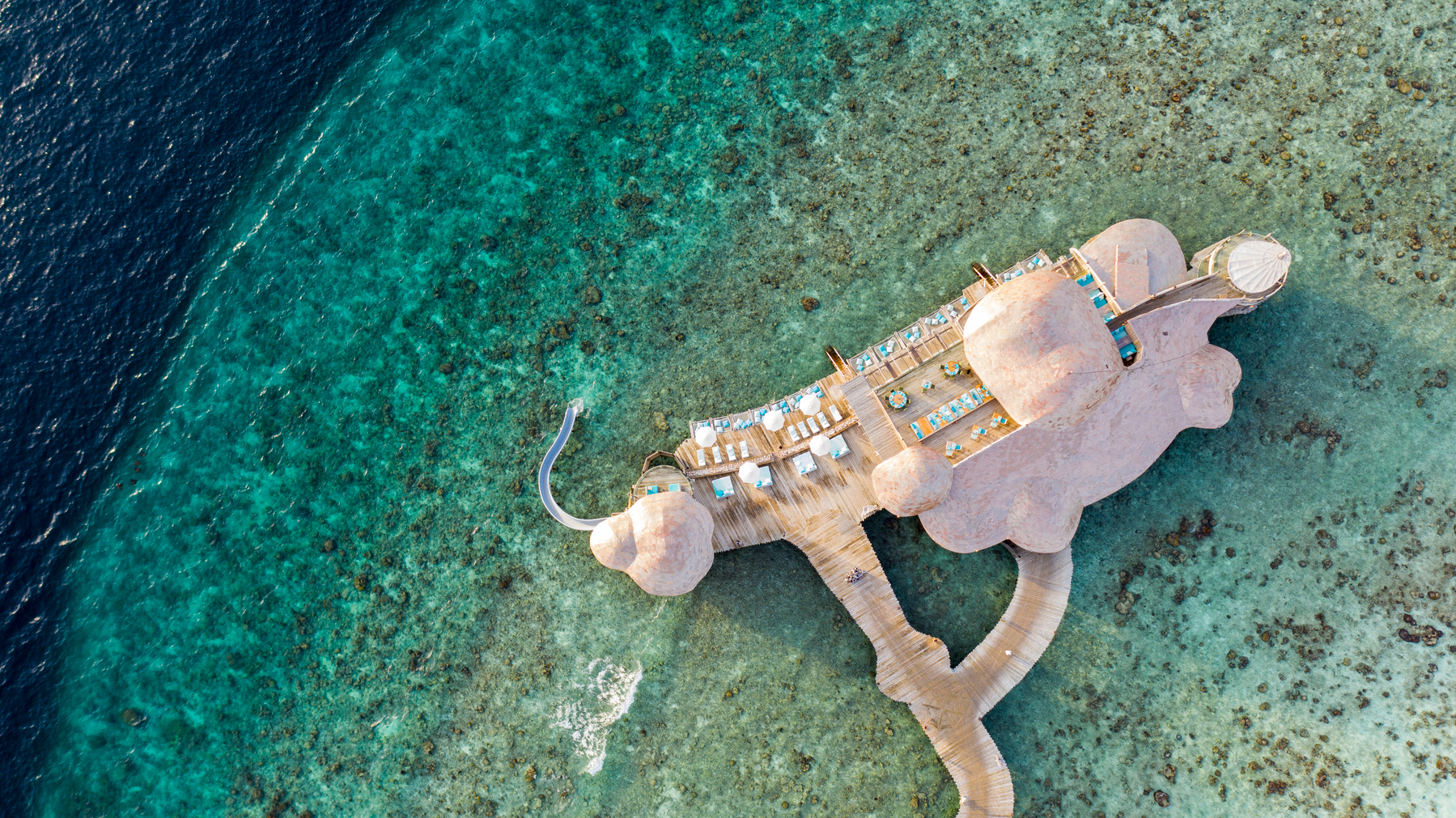 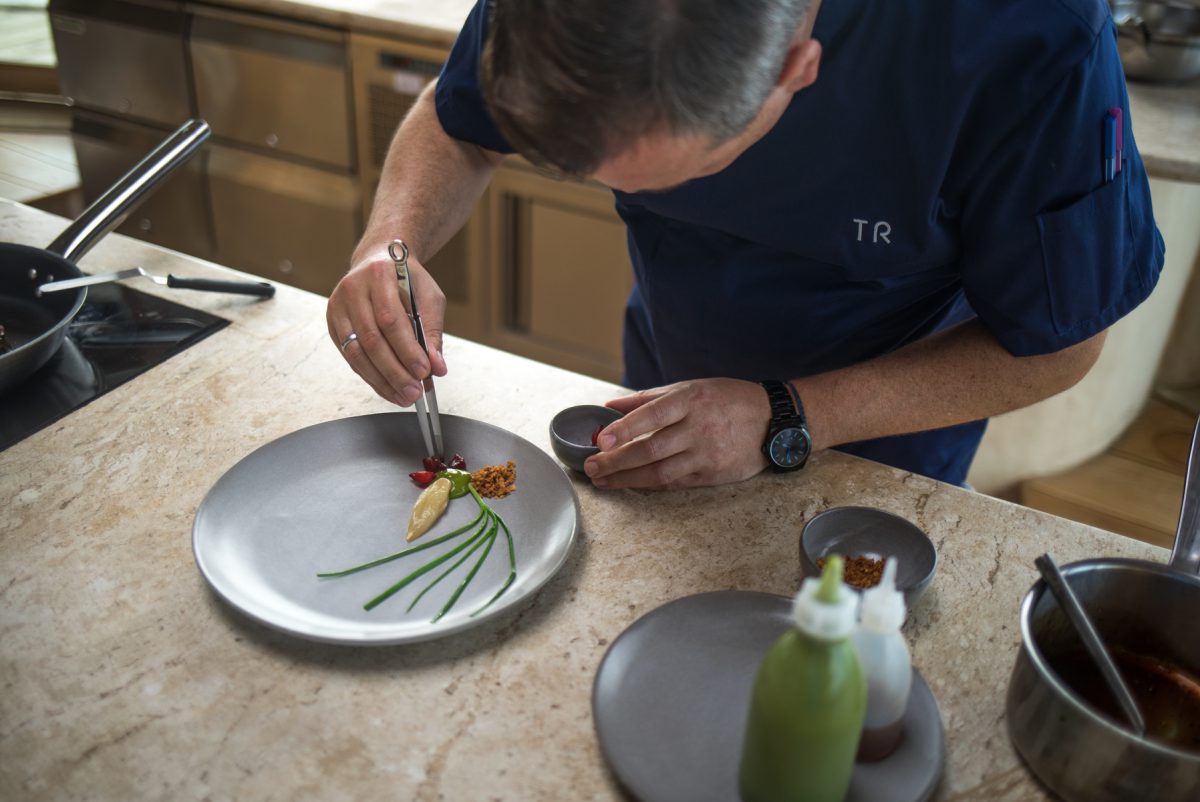 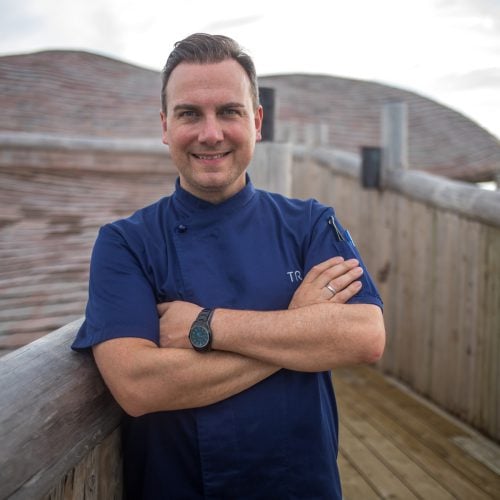 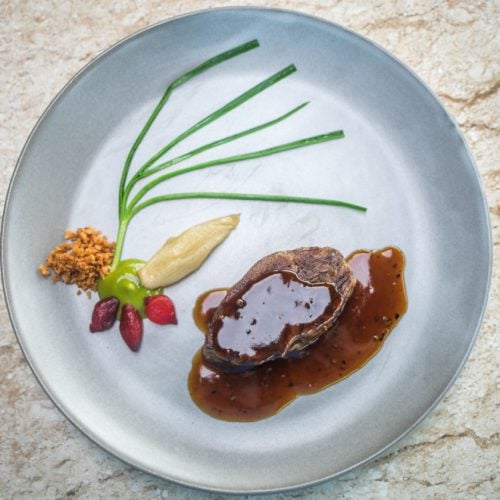 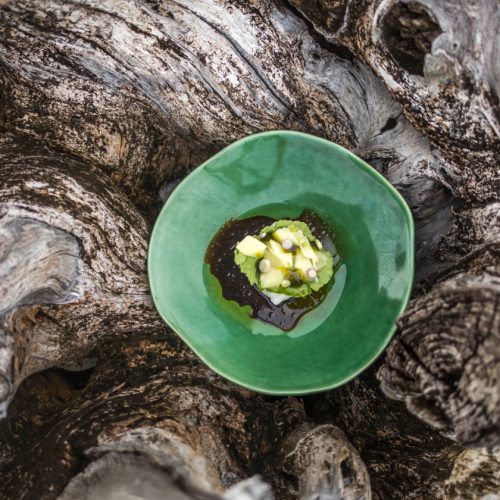 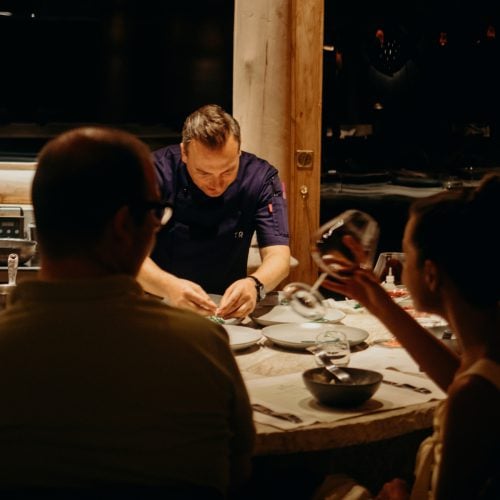 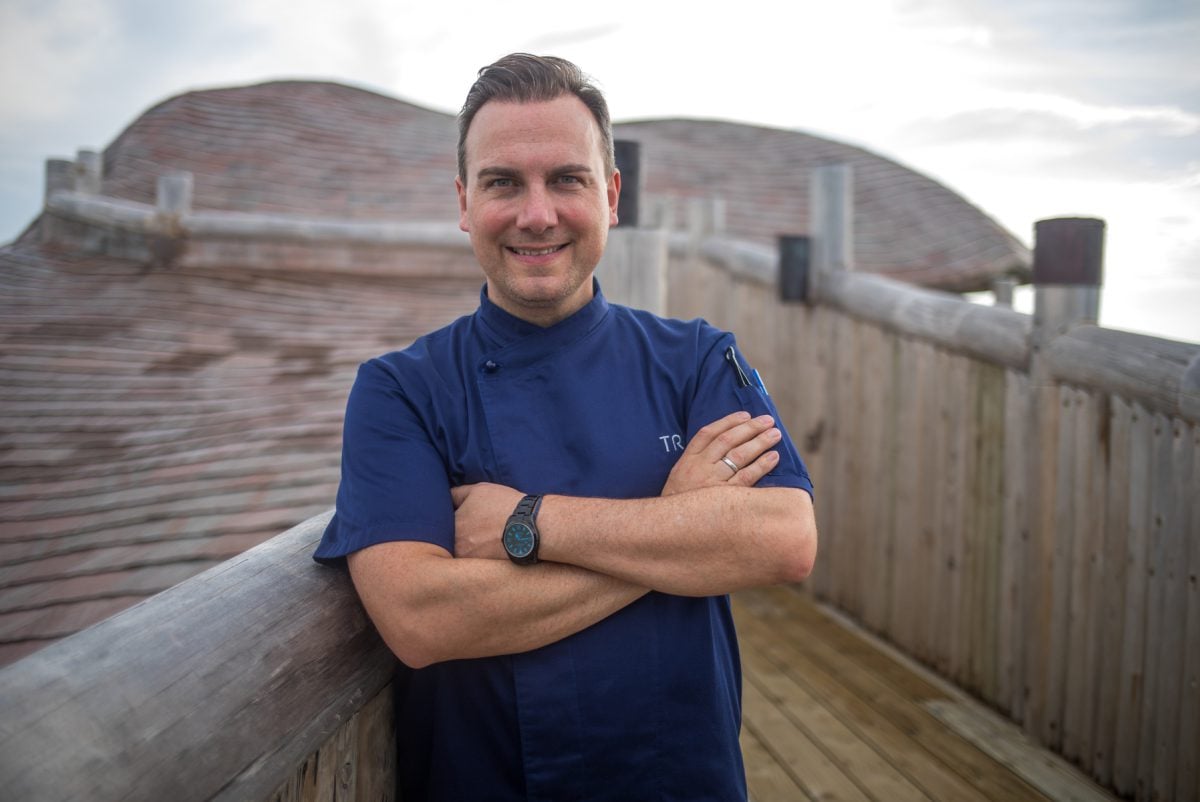 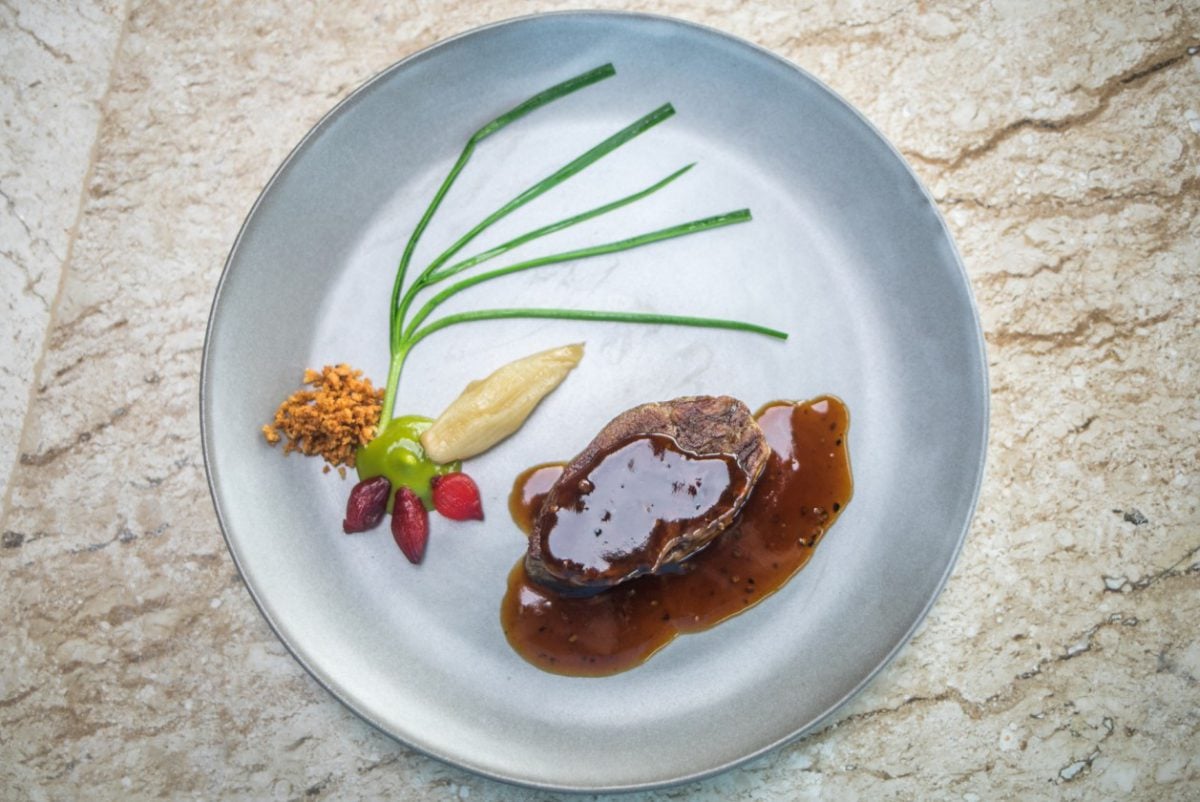 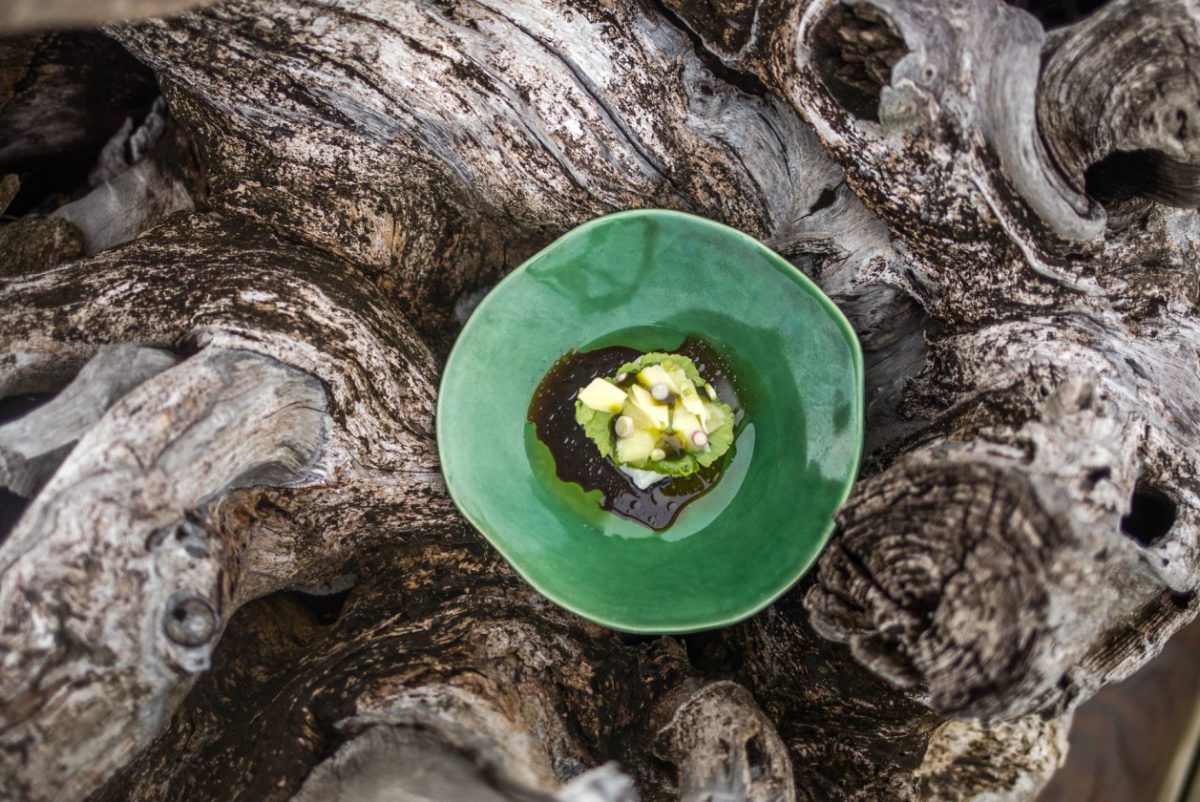 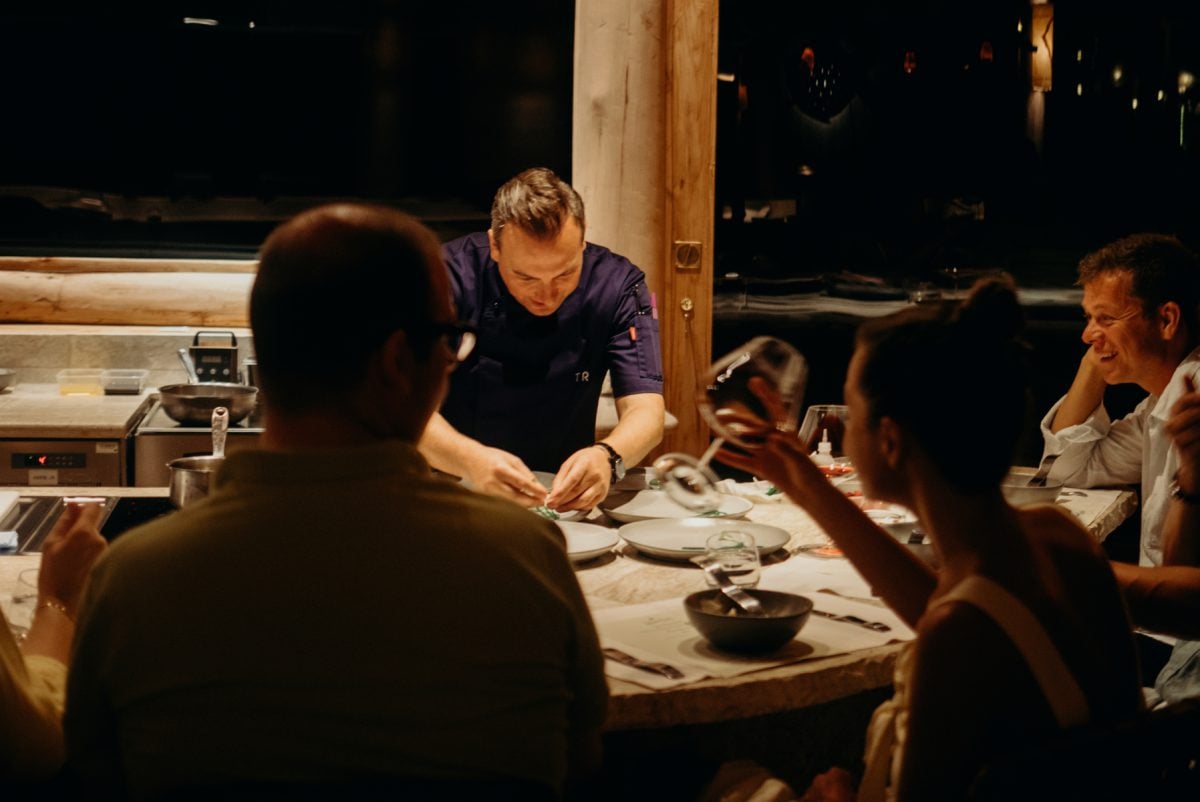 Entrepreneur and top chef Tim Raue is one of Germany’s best-known chefs. And with good reason, because the Berliner, born in 1974, has redefined German top gastronomy and made a name for himself internationally as one of the few German chefs.

For example, Tim Raue’s restaurant has not only been awarded two Michelin stars and 19.5 Gault&Millau points, as well as the title of Restaurant of the Year 2019 by Feinschmecker, but it has also occupied a permanent place on The World’s 50 Best Restaurants list since 2016 – currently ranked 31st in 2021.

In addition, Tim Raue is the only German chef to date to whom the world-renowned series Chef’s Table on Netflix has dedicated its own episode, and you can also watch him on MagentaTV in his own series HERR RAUE REIST! SO SCHMECKT DIE WELT on his gastronomic discovery tour around the globe. Tim Raue has also established a firm place for himself on German television: He regularly appears in front of the camera on the hit VOX show Kitchen Impossible and is a jury member on the SAT1 programme The Taste. In the past 15 years, Raue has also published four books – including the autobiography “Ich weiß, was Hunger ist“ and the cookbook “My Way“.

In addition to his work as a star chef, Tim Raue is also active as an entrepreneur. For this activity, he was named „Restaurateur of the Year 2014“ by the renowned gourmet guide Gault&Millau. Raue himself says: “With the TIM RAUE restaurant, I have fulfilled a lifelong dream – but my other projects mean culinary freedom for me and the opportunity to fully live out my many ideas with the help of my chefs.“ He already operated restaurants in Dubai and a Michelin starred Pop-up in Switzerland.

In his role as culinary consultant, he, therefore, oversees now the Brasserie Colette Tim Raue in Munich, Constance and Berlin as well as Villa Kellermann in Potsdam. In 2016, he also created the Asian restaurant concept HANAMI by Tim Raue on TUI Mein Schiff 5, which has since opened on three other ships in the fleet.