An 80% reduction in air pollution

A 60% reduction in carbon emissions per stove per year 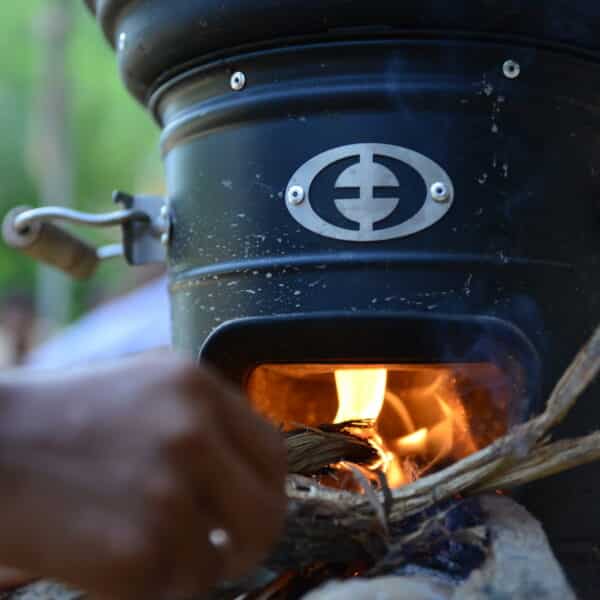 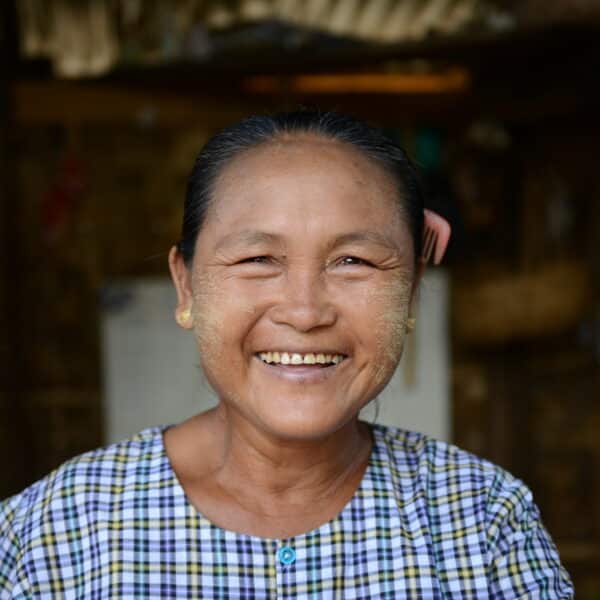 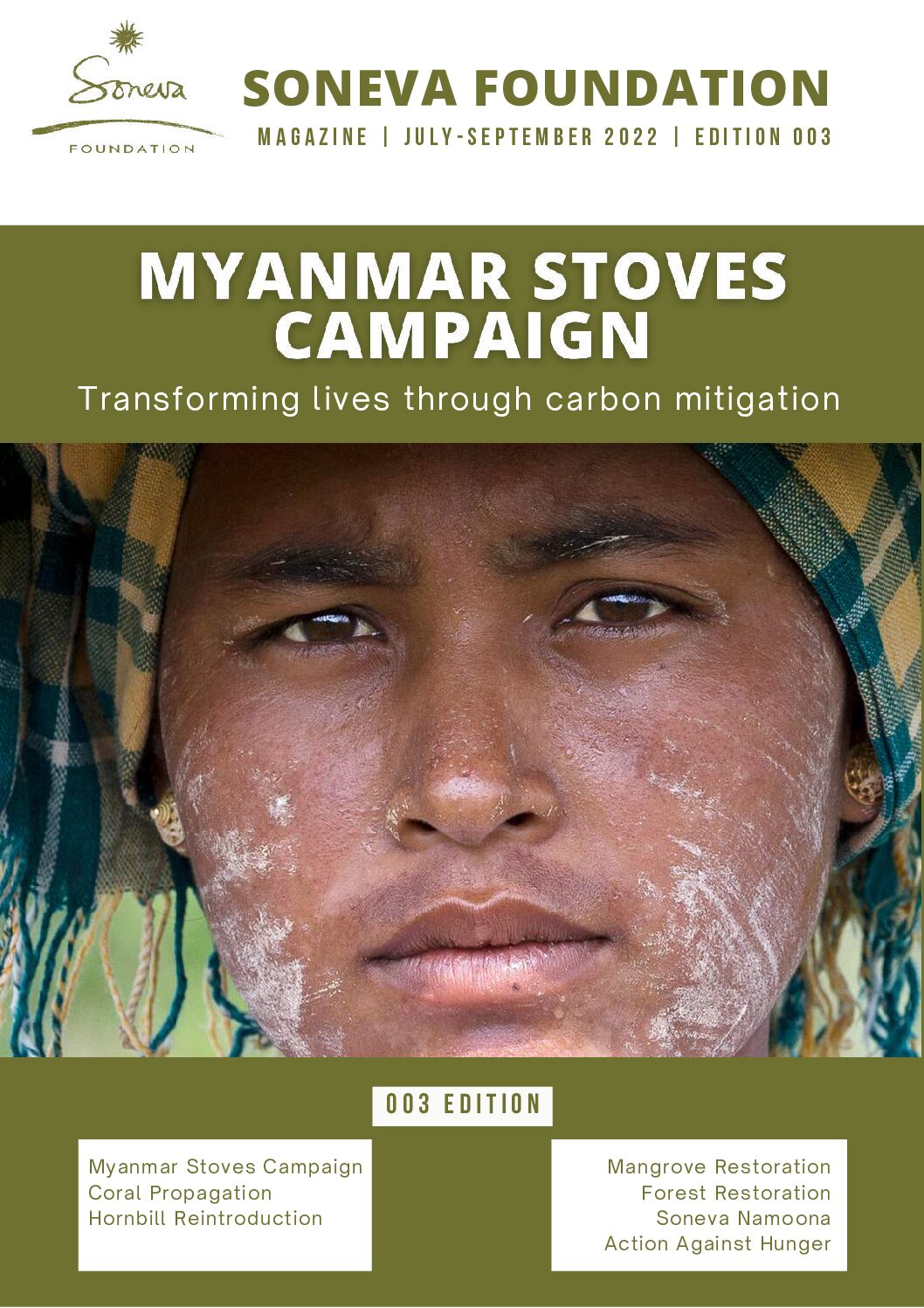 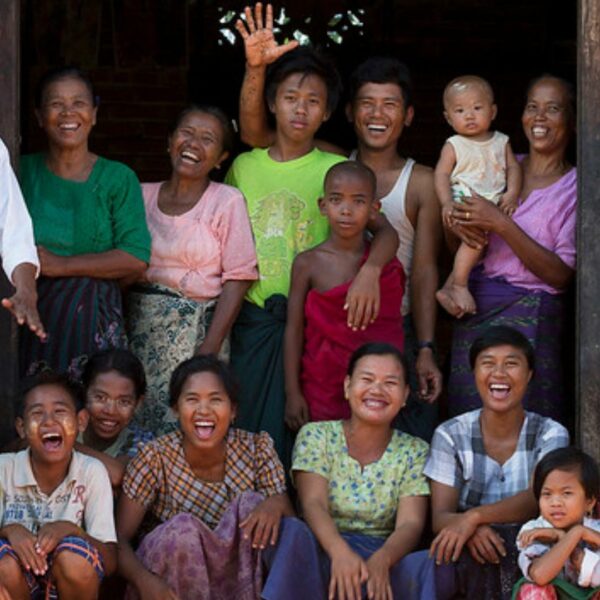 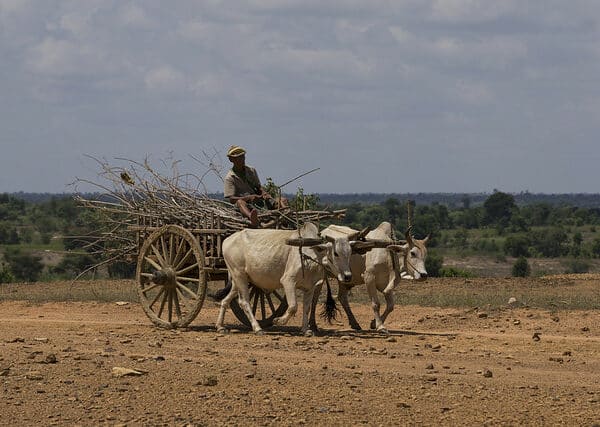 Myanmar has one of the fastest rates of deforestation in the world, with most of the wood used for domestic cooking. The Myanmar Stoves Campaign is a Soneva Foundation programme that distributes fuel efficient cook stoves to thousands of families. It is the first Gold Standard-certified carbon project in Myanmar.

The Myanmar Stoves Campaign has been successfully operating for nine years, together with our implementation partner Mercy Corps Myanmar.

You can support the rapid delivery of stoves by buying carbon credits to fund our continued distribution of fuel-efficient cook stoves to improve the lives of Myanmar families. 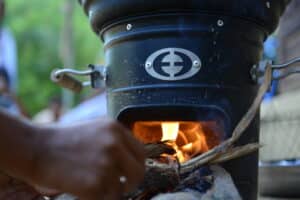 The Envirofit SuperSaver GL – known locally as the five minute stove – was selected by the Soneva Foundation for its efficiency, safety, and compatibility with traditional cooking methods. Three sticks of wood create enough heat for boiling, which cuts fuel requirements by 50%. 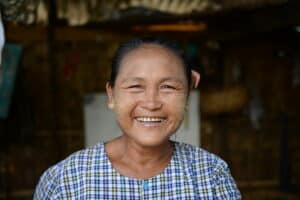 Ma Khin Myaing became the first owner of the five minute stove, as it is known locally, in her village Baw D Kone in Myanmar’s central Dry Zone in 2013. “I used a lot of wood with my old stove and it made my eyes water. This one is different. It needs less wood and the fire is contained”. 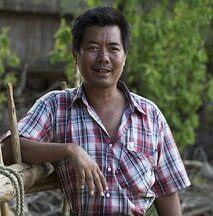 U WinMyaing is married to Ma Khin Myaing. He supplements his income by selling the cook stoves for which he receives a commission – “As a cook stove vendor, I feel like a warrior against global warming. I will do my best, but it is better if we combine our efforts, you and I”. 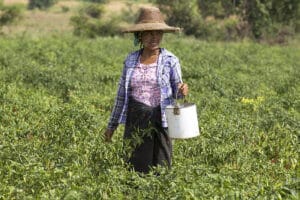 Ma Cho harvests red chillies on the small farm she shares with her husband. Chillies are an important cash crop that are harvested then blanched before drying in the sun for five days. Dried chillies can be stored for up to a year before being sold to a merchant for export when the price is right. 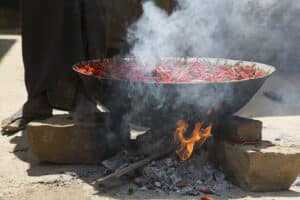 Chillies provide an important entry into the cash economy in Myanmar’s central Dry Zone. Less time spent foraging for firewood for cooking allows more time to focus on the harvest and the drying process. 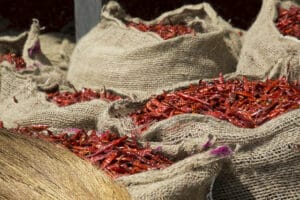 The chilli harvest is a busy time in Myanmar’s central Dry Zone. After harvesting, the chillies are blanched and then sun dried for five days. These sacks of dried chillies have been purchased by a trader and are about to be exported to Thailand, Indonesia or China. 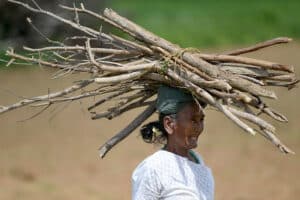 Inefficient cooking on open fires significantly increases CO2 in our atmosphere. Consumption of wood for fuel is a major cause of deforestation and Myanmar is the third largest contributor to deforestation globally. As the forests disappear, the price of wood gets higher, driving more and more families into energy poverty. 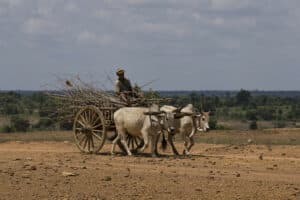 Lay Nyunt Aung returns to his village after foraging for fire wood for cooking. The effect of deforestation on the landscape is clear. While some areas are converted to farming after the trees have been cut down, other areas are too barren and the soil too poor to be cultivated. Rapid deforestation affects the micro-climate and leads to increased unpredictability of the weather threatening the livelihoods of smallholder farmers. 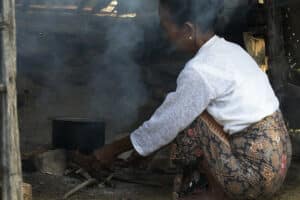 Daw Thin Kyi uses a traditional three stone stove that produces a lot of smoke and burns wood quickly – “There’s only me in this house so I don’t need a new stove. I’m not cooking for a family. Though I do cough sometimes, particularly in the winter”. 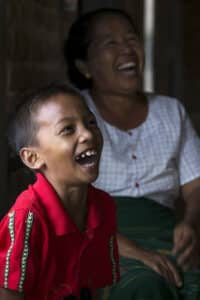 Wai Moe Aung with his mother Than Than Win. Than Than Win: “I’d like my son to be well educated so he can join the government and help prevent global warming. Because of bad weather, we have lost quite a bit of income”. 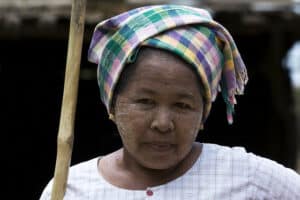 Than Than Win, owner of a fuel efficient cook stove supplied by the Soneva Foundation at a subsidized cost – “This stove uses about half the wood of our old stove and it cooks much faster. But it is more than just saving wood & money. It is the simpler, unexpected things. I have peace of mind. My kitchen is not going to catch fire and I don’t need to worry to step away for a moment. I can leave it cooking while I get water or feed the animals”. 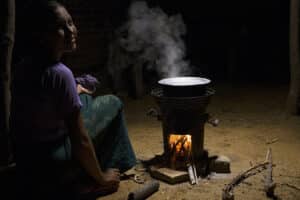 Ma Cho prepares dinner using the five minute stove. Indoor cooking on open fires leads to the premature deaths of over 4 million people a year, mostly women and children. That is more than HIV/AIDS and malaria combined. 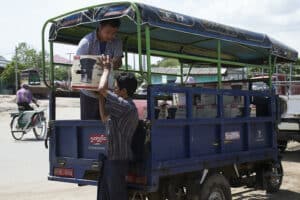 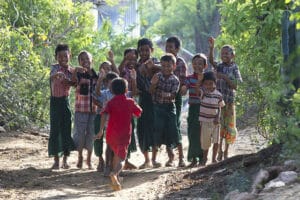 Wai Moe Aung, the eight year old son of Than Than Win and U Than Phay Gym, is greeted by his friends. When he grows up he wants to study in England. 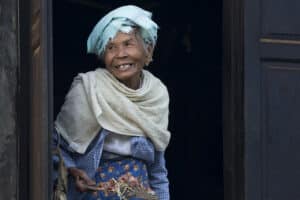 Woman in doorway of house in Thit Hla Kyin village where the Soneva Foundation is distributing fuel-efficient stoves. 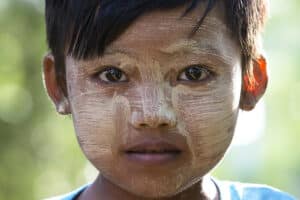 This young girl has applied thanaka to her face, a cosmetic paste that has been used by Burmese women for over 2,000 years. The paste is traditionally ground from the bark of the thanaka tree. As well as cosmetic uses, it is used as sun protection.