And Breathe: The Power Of Yoga 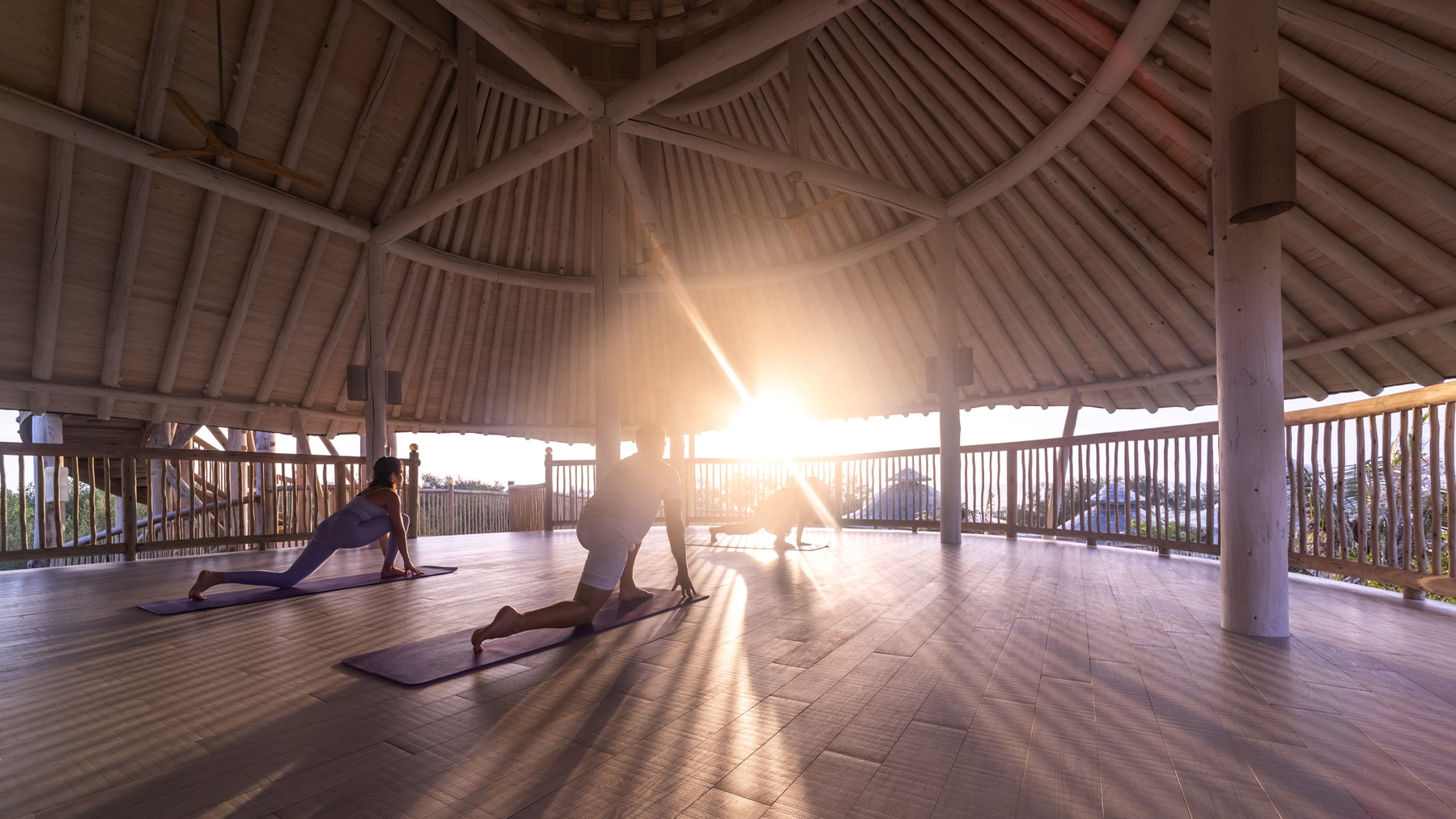 Yoga’s benefits of deliberate breathing and being present in the moment are the perfect balance for mind, body and spirit. Not only do yogis notice a calming effect on the nervous system, regular yoga practice can improve memory, boost mood and encourage better sleep.

Yoga has been around for centuries, with the earliest known records dating from sometime between the 9th and 11th centuries in India. The teachings of yoga have been explored in a variety of religions – most noticeably in the Hindu and Buddhist faiths. However, over time the Western world has adopted the discipline, and tweaked it to form divergent strands that incorporate combinations of breathing, meditation and physical poses, such as Vinyasna, Iyengar, Ashtanga, Dynamic and Hatha. It is worth experimenting with the different types of flow to find one to suit you. Although they blend different breathing techniques or poses, they are united in the common goal of providing a sense of wellbeing and inner strength.

Yoga is widely recognised as one of the best forms of physical activity for mental health, and even if you don’t know anything about chakras or prana, you can still enjoy the stretches and breathing techniques that calm your mind. Whether you are a complete beginner or returning to the mat after a hiatus, you will be rewarded with an instant feeling of clarity, calmness and well-being, which only comes from focused breathing. 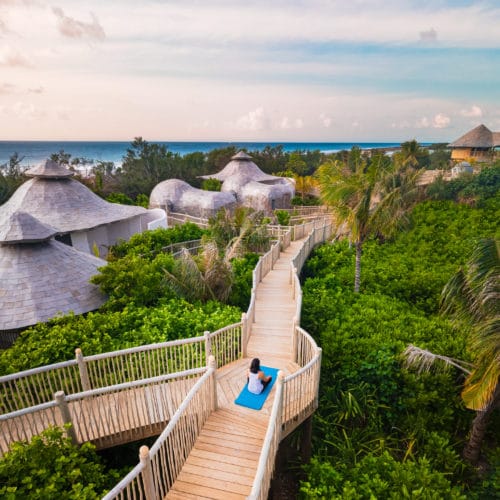 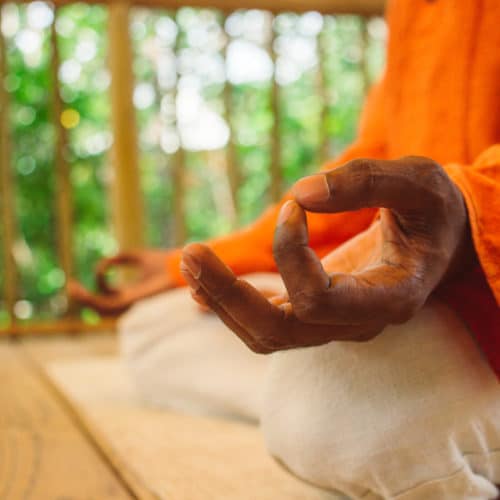 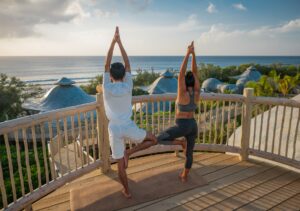 One of the good things about yoga is that everyone can do it – there is no such thing as a good yogi, just someone who is more experienced. It’s not a sport where you win prizes; each yoga journey is personal, and that starts with a good teacher. You will need to get to grips with the basics, and it’s always worth joining a beginners’ class so you can be guided through the poses without causing injury. Yoga works with your body, but your body may not be used to stretching, so an experienced guide is the best way to start. You will often hear your teacher saying ‘listen to your body’, which means that you should only push your body as much as it will let you, whilst concentrating on breathing to push deeper into the pose for personal fulfillment.

However, aiming for performance strength poses or gravity-defying postures is not the only goal of yoga, nor is ‘keeping up’ or going at any particular speed. Each time you are on the mat, your energy will be different, and your body will take what it needs. Sometimes your body and mind will just need to revisit the simple poses, such as Mountain or Cat / Cow pose, which will do wonders to loosen you up and give you time to focus and reset.

Or it may be your goal to get stronger and work up to more challenging poses like the Crow, Mermaid or Forearm Stand which, with practice, should become available to you. Remember no one could start out with perfect balance and symmetry, and patience is the key. Yoga encourages everyone to undertake and enjoy their personal journey where judgement is discouraged.

Contrary to what adrenalin junkies may think, yoga actually provides a full body workout. Although not designed as an aerobic activity, as you will not burn a lot of calories,  whendone with momentum, yogic flows and postures really get the blood pumping and strengthen the core. The gentle twist poses wring out venous blood from internal organs and allow oxygenated blood to circulate, and inverted poses such as Headstand and Shoulderstand activate the pituitary and pineal glands, stimulate the lymphatic system and enhance lung capacity, which is great as an accompaniment to high-intensity training.

People take up yoga for many different reasons – flexibility, mental health, core strength, concentration or toning – and it is designed to address all these issues and more. It starts with the basics and learning to let go and breathe. Once you have mastered that, you can challenge yourself to try different poses and flows. Each new experience will allow you to learn more about yourself and stretch your boundaries. Be open, and trust in the power of patience, and enjoy the journey in finding a practice that suits you. 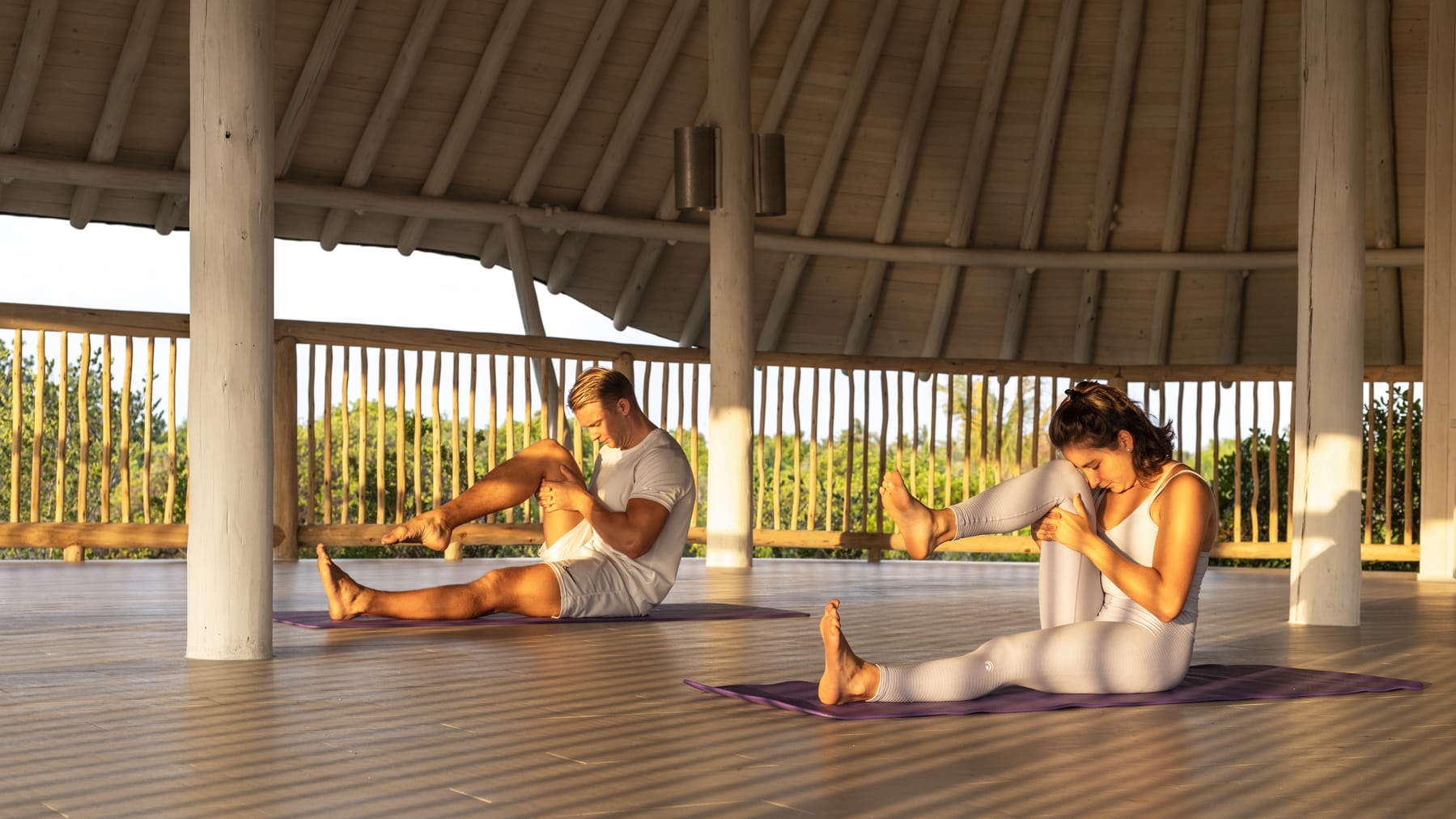 The Most Common Yoga Types

Brought to the West in the late 1960s, ‘Kundalini’ in Sanskrit translates to ‘life force energy’ and the poses focus on unlocking the prana at the base of the spine. Typically, a kundalini class starts with a mantra (a focus for the class), then includes breathing exercises, warmups to get the body moving, increasingly more challenging poses, and a final relaxation and meditation.

Often known as a Vinyasa Flow practice, this links breathing with movement, and the poses consist of a continuous rhythmic flow. You’ll often see words like slow, dynamic, or mindful paired with vinyasa or flow to indicate the intensity of a practice.

This is a general yogic practice, which derives its name from the Sanskrit words for sun and moon. Many devotees like the variety which can have different forms incorporating moves for strength and flexibility, physical and mental energy, or breath and the body.

Officially, this practice consists of a set series of poses performed in the same order in a heated studio. Each class is 90 minutes, with 26 postures and two breathing exercises, and the room must be 105° Fahrenheit with 40 percent humidity. However, many instructors have adapted the class to suit their requirements, and simply call this hot yoga. Devotees are encouraged to get deeper into the poses with the sweaty atmosphere, which also improves circulation and aids detoxification of the body. 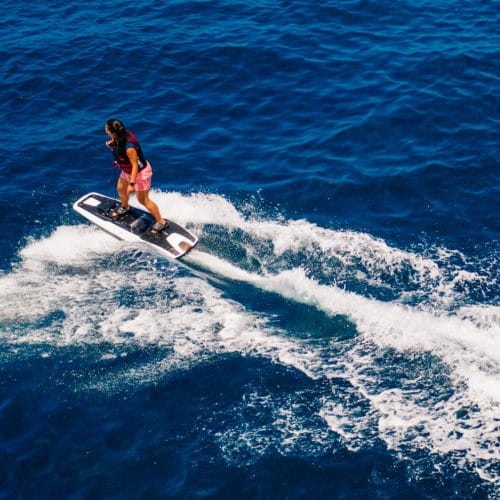 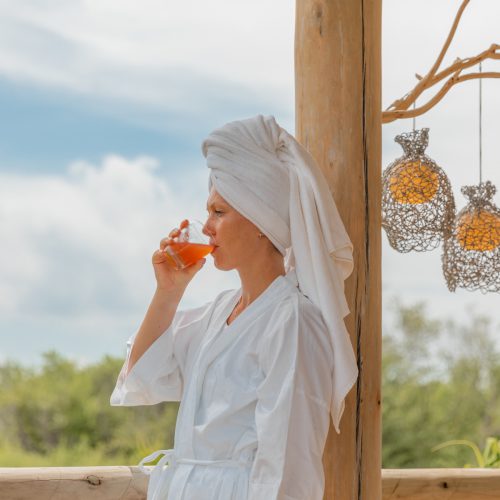 A True World of Wellness