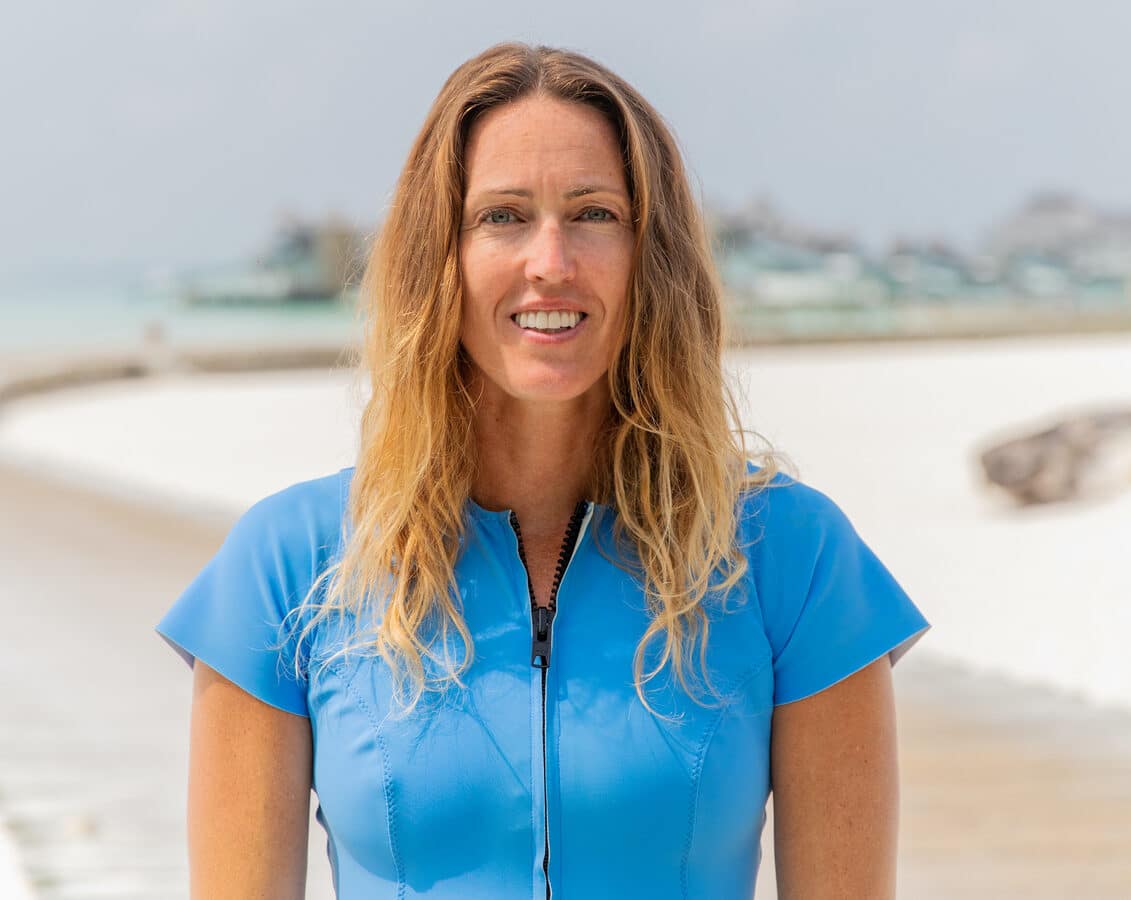 Therese Alshammar is a Swedish swimmer who has won 72 international medals, including three Olympic medals, 25 World Championship medals and 43 European Championship medals, and has set 14 world records throughout her career. A specialist in short distances races in freestyle and butterfly, she is the only female swimmer who has competed in six Olympic Games and the oldest to win an individual world championship title.

Therese also runs a learn to swim program for schools in Sweden and has written two children’s books on swimming, mixing fact and fiction to spur interest to play in the water.

While in the Maldives, Therese will be helping Young Sonevians perfect their stroke while having fun in the water.