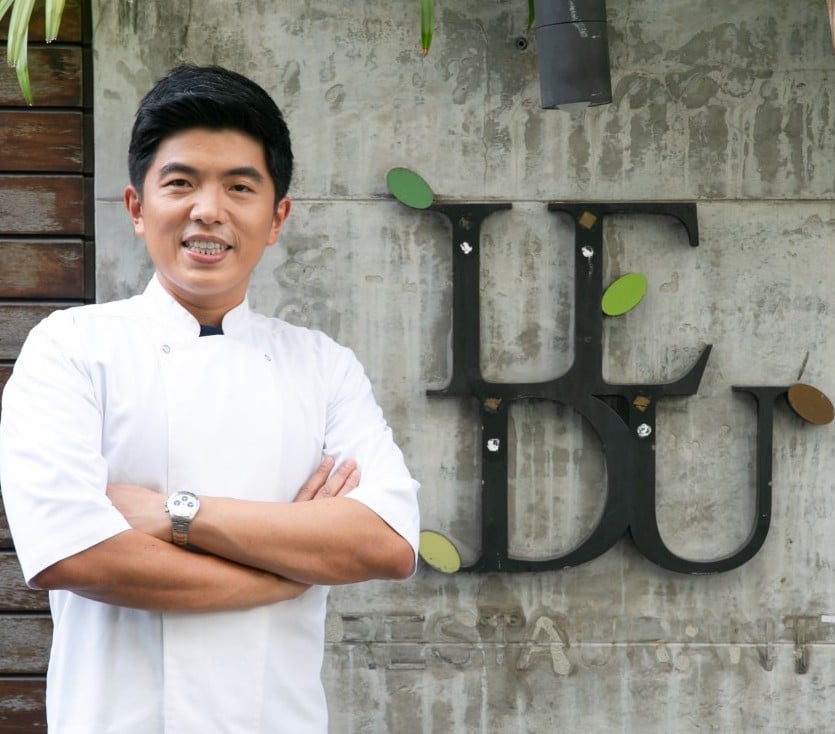 Growing up surrounded by delicious home-cooked meals, Chef Ton’s mother and grandmother’s cuisine fired his passion for cooking. After finishing a degree in economics at Chulalongkorn University, he travelled to the United States to pursue his dreams, enrolling at the prestigious Culinary Institute of America. As a top-score graduate, he then received an MBA in Hospitality from Johnson & Wales University.

During his time in New York, Chef Ton worked at a number of Michelin-starred restaurants, including Eleven Madison Park, The Modern and Jean Georges. Alongside his passion for food, his enthusiasm for wine led him to become a Certified Sommelier from the respected Court of Master Sommeliers.

Now back in Bangkok, he has brought home his experiences and vision to elevate Thai cooking and give it a standing among the world’s leading cuisines. Now the rising young chef is running one of the most exciting kitchens in Bangkok, Le Du, which has one Michelin star and was rated number four in Asia’s Best 50 restaurants 2021, as well as a second restaurant, Baan, showcasing authentic, home-cooked Thai cuisine.