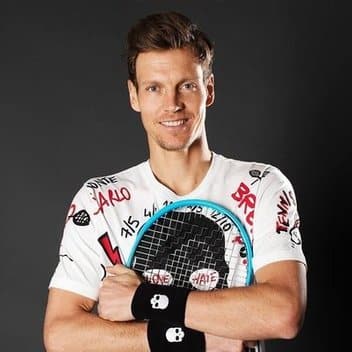 Tomáš Berdych began playing tennis in 1990 when he was five. He turned professional in 2002 and won his first ATP Tour match at the 2003 US Open. He won his first ATP title in Palermo and just a year later won ATP Masters 1000 title in Paris. In 2010 he made his first Grand Slam final, at Wimbledon. He played at 52 straight Grand Slams and 64 straight ATP Masters 1000 tournaments. Tomáš helped the Czech Republic win back-to-back Davis Cup titles in 2012 and 2013.