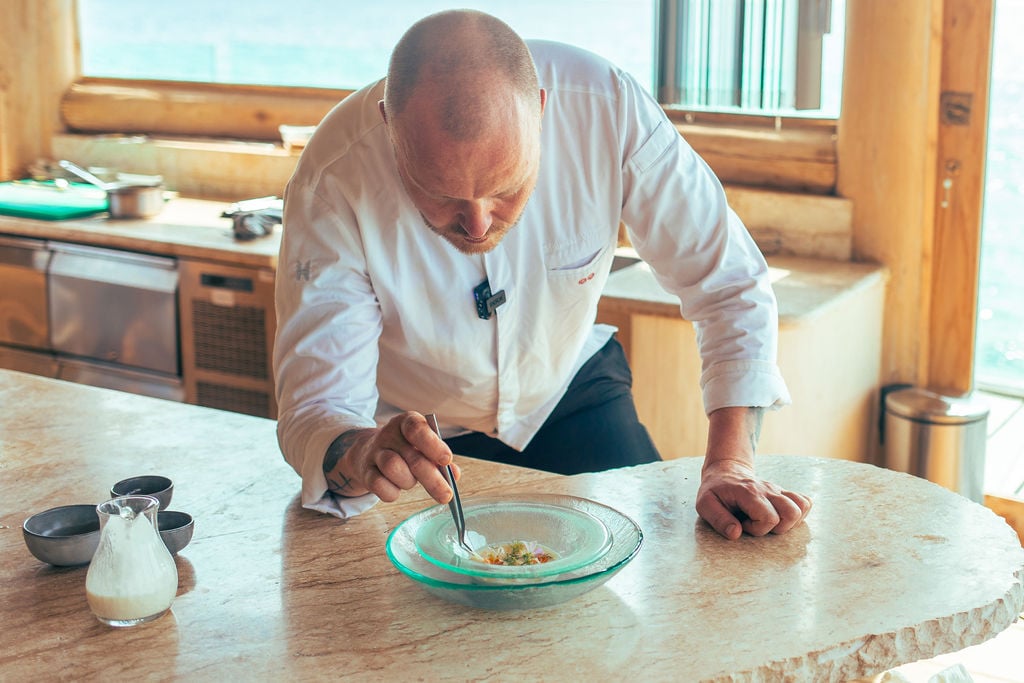 Mickael Viljanen was born in Stockholm, Sweden, but grew up in Finland. After spending some time in the United Kingdom, he moved to Ireland in 2000 where he worked with Paul Flynn at the Tannery. Mickael spent five years at the Gregans Castle Hotel, where he won Chef of the Year and Restaurant of the Year from Food & Wine Magazine and RAI’s Chef of the Year award.

He moved on to open The Greenhouse in Dublin in 2012, winning Food & Wine Magazine’s Chef of The Year twice, most recently in 2019. He also won Restaurant of the Year in the Georgina Campbell Guide in 2012 and its Chef of the Year award in 2019. In 2015, Mickael entered the Michelin Guide with one star, and in 2019 the restaurant won its second star under his leadership, making it the second restaurant in Dublin with this accolade. Mikael now leads the kitchen at Chapter One by Mickael Viljanen.

Mickael has travelled intensively over the years, including Hong Kong, Scandinavia and the United Kingdom. He is currently working on a six-part TV series about restaurants around the world for the Discovery Channel. He has also appeared on Masterchef Ireland as a guest judge in 2012.