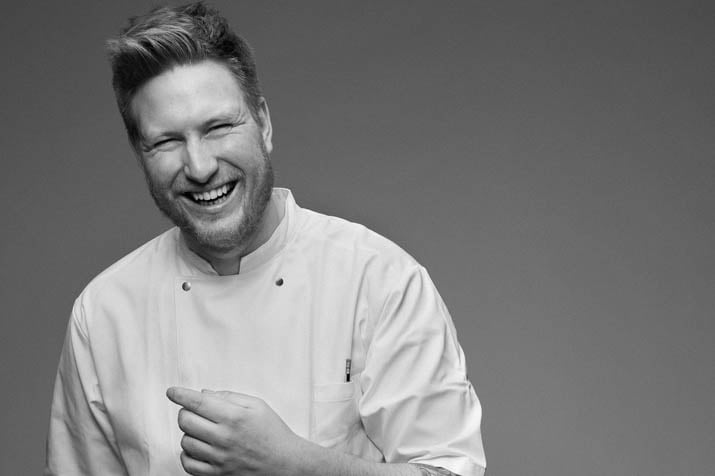 Esben Holmboe Bang is the head chef and co-owner of Norway’s ground-breaking three Michelin-starred restaurant, Maaemo, named one of the World’s 50 Best Restaurants 2021 for its ‘dreamy tasting menus of Nordic passion and precision’.

In 2012, just 14 months after opening, Maaemo was awarded two Michelin stars in its first-ever mention in the prestigious guide, becoming the first, and only, restaurant in the Nordics to do so. In 2016, Maaemo was awarded a third Michelin star, making Esben one of the youngest chefs to currently hold Michelin’s highest accolade and the first ever in Norway to do so. He also landed a spot in Time Magazine’s 100 Most Influential Chefs in the World and was awarded Elite Traveler Magazine’s award for “Young Chef of the Year 2016”. Esben’s playful tasting menu takes Norwegian food and strips it back to its bare essentials before recomposing it in an entirely new narrative. A meal at Maaemo transports guests on a culinary tour of Norway that sees them travel from the temperate climes of the southerly Hvaler islands to the cold pristine waters of Norway’s West Coast and on to the expansive inland wilderness of Røros, as the tastes of Norway are brought to life on the plate.

Esben Holmboe Bang is hosting a series of exclusive dinners at Soneva Fushi and Soneva Jani between October 2 and 9, 2021.