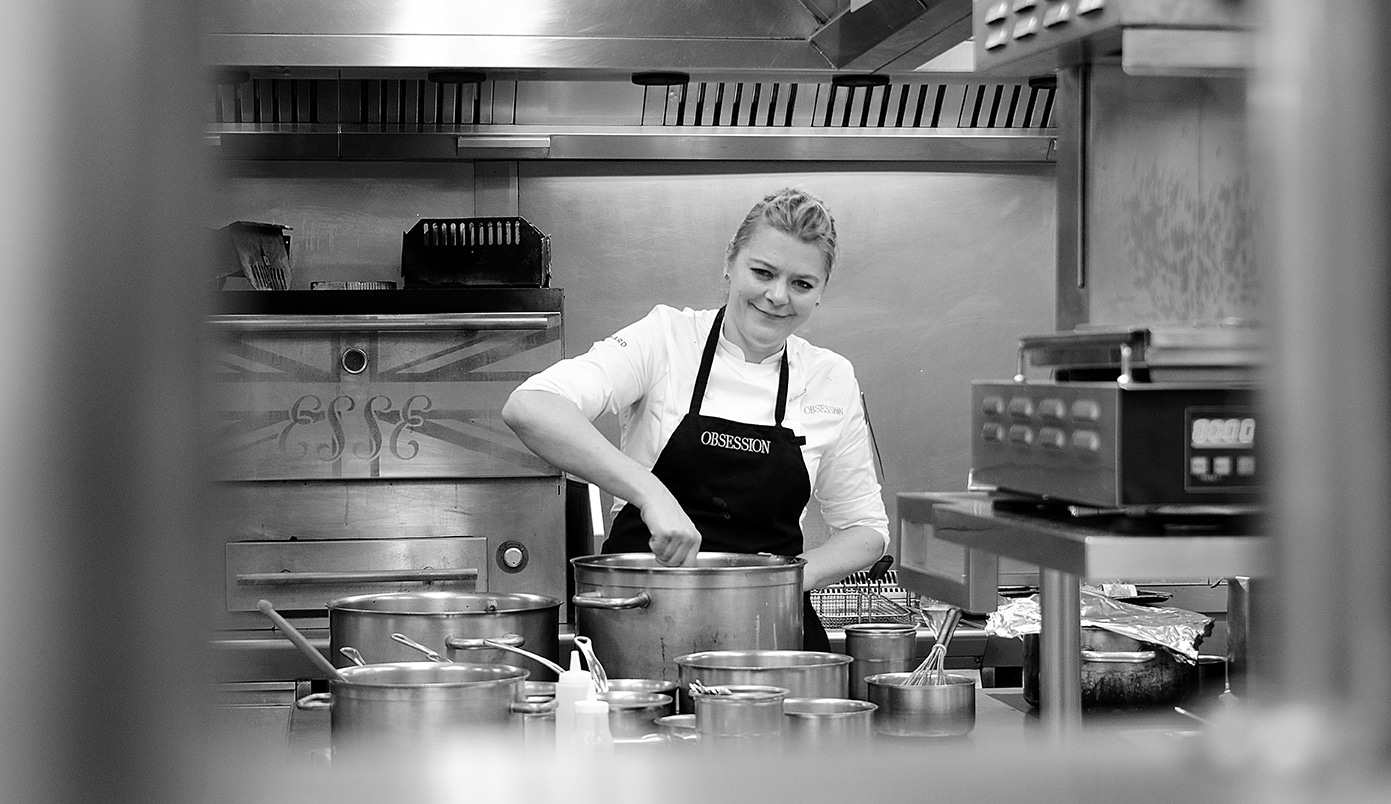 A butcher’s daughter, born in Melton Mowbray, England, Marianne Lumb is a classically trained chef. After three years of training in restaurants such as the Michelin-starred Gravetye Manor in West Sussex, she became a private chef, working with high-profile clients including the Bamford, Soros and Sainsbury families.

In 2013, Marianne opened Restaurant Marianne in London’s Notting Hill, a 14-cover venue that she built from scratch. With the restaurant immediately garnering great critical acclaim, soon after opening she was named AMEX London Restaurant Festival’s ‘Chef of the Year’, and was awarded London’s ‘Top Gastronomic Experience’ by Harden’s Guide in 2017. After five years at the helm of her eponymous restaurant, she is now living her dream of cooking while she travels the world.

A regular on BBC’s Saturday Kitchen Live, she was a finalist on BBC’s Professional Masterchef in 2008, and also competed on the BBC’s Great British Menu.

A knife skills expert (she published Kitchen Knife Skills with Quarto in 2008), Marianne also has a huge passion for truffles, and cooked at Western Australia’s Truffle Kerfuffle in 2018.

Chef Marianne Lumb will be hosting exclusive dinners at So Engaging at Soneva Jani from November 10 to 26, 2021.