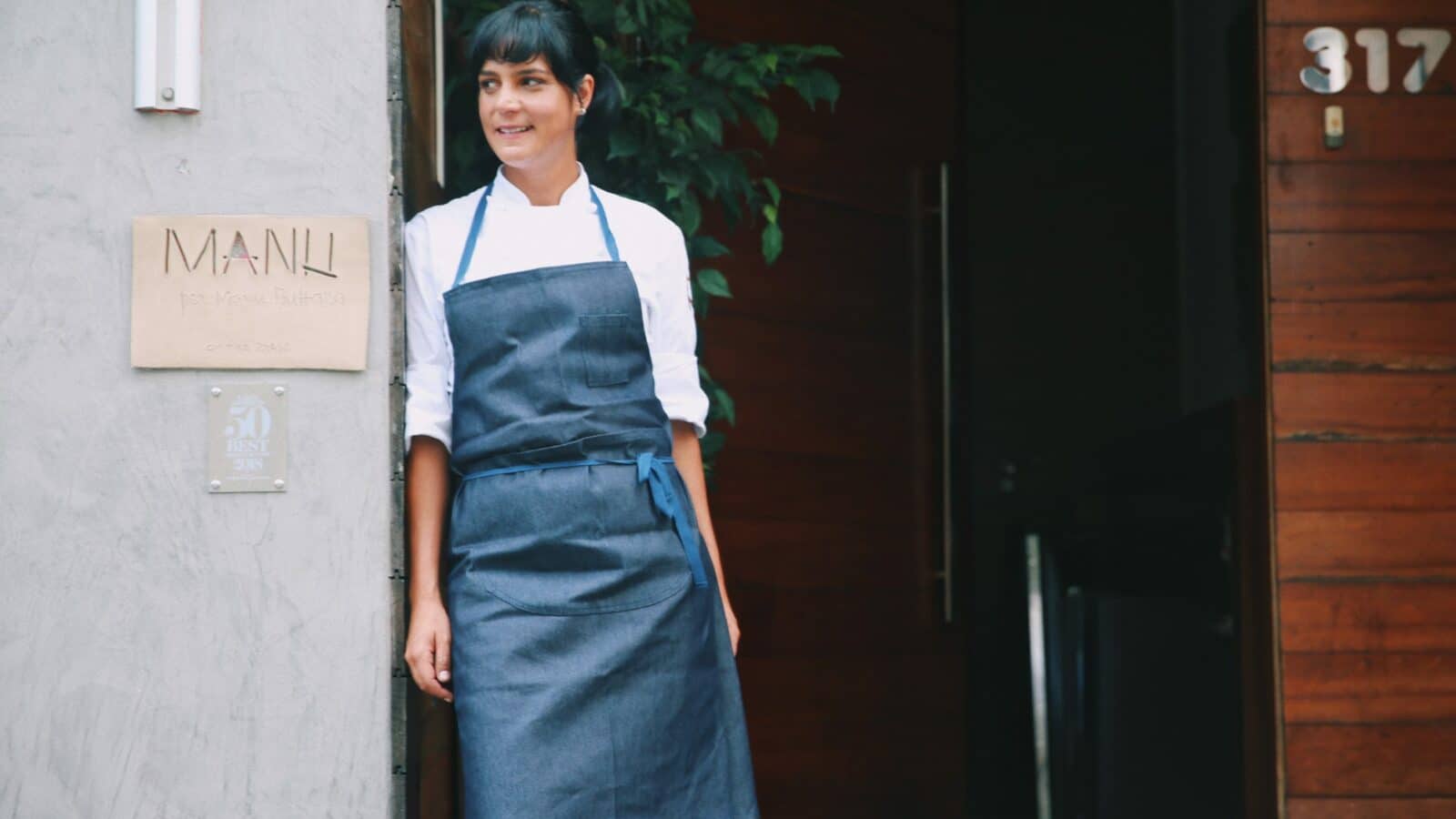 Manu Buffara is the Executive Chef and Owner of Manu located in Curitiba, Brazil, which has received critical acclaim for its tasting menu that has been recognised by World’s 50 Best. Paving the way for gastronomy in Brazil, Manu celebrates the culture and produce unique to the region of Paraná. Formerly studying journalism, Manu found her passion for cooking, realising her way of communicating was not through words but taste.

Inspired by her family and background, Manu learned the value of land and animals growing up in the countryside and incorporates this in her everyday technique. At Manu, she uses organic ingredients from carefully selected suppliers and her own garden. Manu’s devotion to sustainability and quality ingredients stems into her commitment to Curitiba, working with local communities to transform abandoned sites into urban gardens and educating locals on how to care for the gardens and feed themselves.