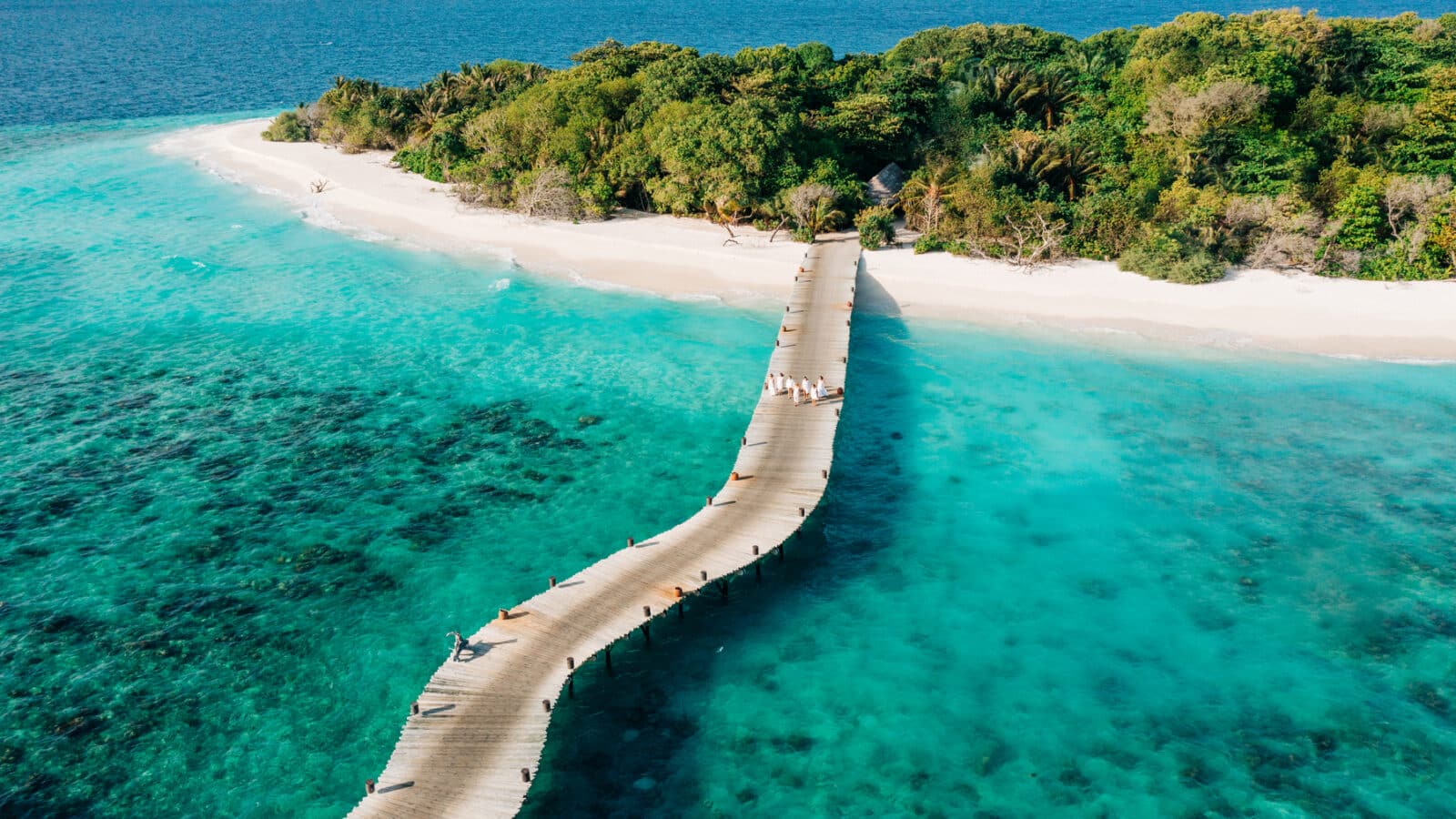 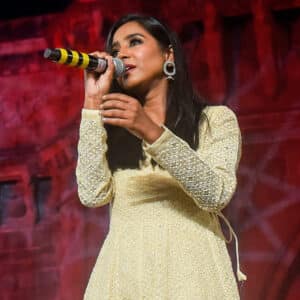 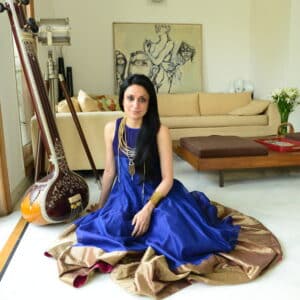 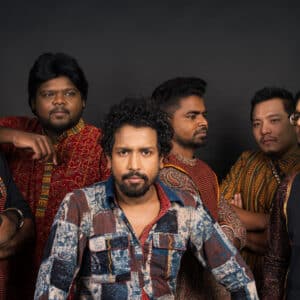 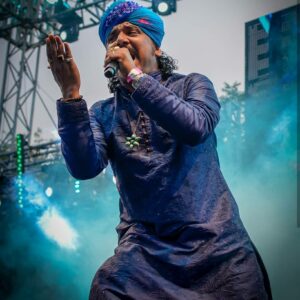 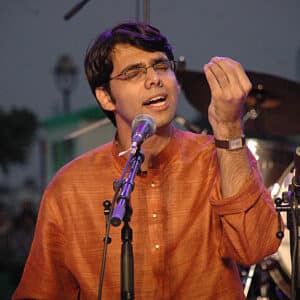 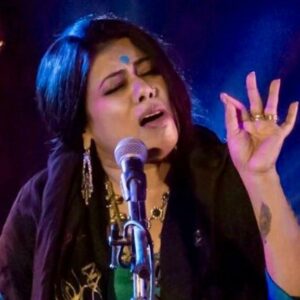 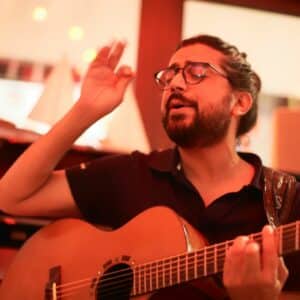 Shilpa Rao is a Grammy-nominated singer known for her eclectic music. She is the voice behind a number of Bollywood hits such as Tose Naina, Khuda Jaane, Malang, Meherban, Bulleya, Manmarziyan, Kalank, and Ghungroo. Apart from her Bollywood hit tracks, Rao is well-known for her mastery of the Indian classical ragas and has made her mark with traditional ghazals and baithak performances all across the globe. Rao has recently been awarded the Filmfare award for best female playback singer for her chartbuster song Ghungroo from the movie WAR.

Sonam Kalra is a multiple award-winning singer and composer. Her sustained training in both Western and Hindustani classical forms resulted in her brainchild Sonam Kalra & The Sufi Gospel Project, which blends the many voices of faith through poetry, prayer and music to create one universal voice of faith. She has performed at various prestigious stages, festivals and venues across 30 countries and has shared the stage with legendary musicians including Sir Bob Geldof and Sufi Legend Abida Parveen. A regular TED speaker, Kalra has been felicitated with many awards, including the Femina Woman of Worth Award, the Indian Express Devi Award, the FICCI YFLO Young Women Achiever award and the Global WIN Award for inspiring women worldwide.

Kabir Cafe is a neo-folk fusion band that plays the poetry of 15th-century Indian Mystic – Kabir, in a substrate of Indian folk music mixed with contemporary genres of rock, reggae, pop and Carnatic music. The band has played more than 800 shows across 11 countries while their songs have been featured in several Bollywood movies and productions. Hailed as one of the top three Folk-Fusion/Indie bands in India, the Kabir Cafe is empanelled into the prestigious ICCR and has been featured on BBC World Service’s The Arts Hour.

The Kutle Khan Project is Khan’s voyage into a world of music beyond boundaries. Coming from a family of manganiyar musicians, Khan began playing music when he was only eight years old. A singer as well as a musician, Khan embodies the rich melodic and sophisticated rhythmic traditions of Rajasthani folk music, while his performances are informed by his understanding of contemporary Indian and Western musical traditions. Having performed on various stages all over the world, Khan delves into his folk roots and draws from his musical experience and influence of collaborating with musicians from different cultures.

Ujwal Nagar, a promising Hindustani classical vocalist from Delhi, is an All India Graded Artist and a recipient of Ministry of Culture and Sahitya Kala Parishad scholarships. A classical vocalist by profession, he is also a proficient tabla player, having trained under his brother, the young virtuoso tabla player Vishal Nagar. His work with pianist Terry McCaw under the group name Yogini made an impressive impact on music enthusiasts and could be heard as the background score for the critically acclaimed documentary Dalai Lama Renaissance Man narrated by Harrison Ford. Nagar has been featured in Coke Studio India with the band Advaita, performing their popular track named Ghir Ghir and has also performed in the MTV Unplugged series.

Barnali Chattopadhyay is an acclaimed artist of The All India Radio and Doordarshan. Having received guidance from the great musicologist Dr Kumar Prasad Mukhopadhyay, her expertise surfaced as she embraced the flavour of Benaras while being a sincere disciple of renowned vocalist Vidushi Purnima Chaudhuri. Chattopadhyay has performed with legendary music exponents, including Dr Balmurari Krishnan, Vidushi Girija Devi, Pt Jagdish Prasad and Bhajan Samrat Anup Jalota. She has also worked on multiple international musicals in Bangladesh and Spain and has collaborated with various fusion groups. Her latest playback in the famous Bengali film Asche Abar Shabor, called Kaise Manaun Shyam, was received with much critical acclaim. Recently, she performed at the prestigious Jahan e Khusrau Festival under the aegis of Muzaffar Ali in March 2018 and was felicitated by the Indian High Commission as she presented her solo performance in music at the Nehru Centre, London.

Harpreet is a versatile artist who sings original musical compositions in Hindi as well as regional Indian languages and dialects such as Punjabi, Braj, Awadhi, Bengali, Assamese, Rajasthani and Haryanvi. Trained in Hindustani classical music at Gandharva Mahavidyalaya in New Delhi, he plays both the guitar and flute with a natural flair. Harpreet’s creative talent fuses both the modern and traditional when composing tunes to his lyrics and classical poetry. He is best known for creating musical scores for epic works of humanist poets like Kabir and Bulleh Shah and is credited for taking celebrated poets to the masses. Harpreet has also composed popular hummable tunes to the words of poets such as Pash, Faiz Ahmad Faiz and Nirala.

For more information and to book your stay during JLF Soneva Fushi, please contact us at [email protected] or fill out the below form.