Here’s one interesting creature which has taken a liking to our lagoon. The Guitar Fish, or otherwise known as the Guitar Shark. The Guitarfishes scientific name is ‘Rhinobatis,’ which derived from the words ‘Rhinos’ meaning nose and ‘Batis’ meaning ray. 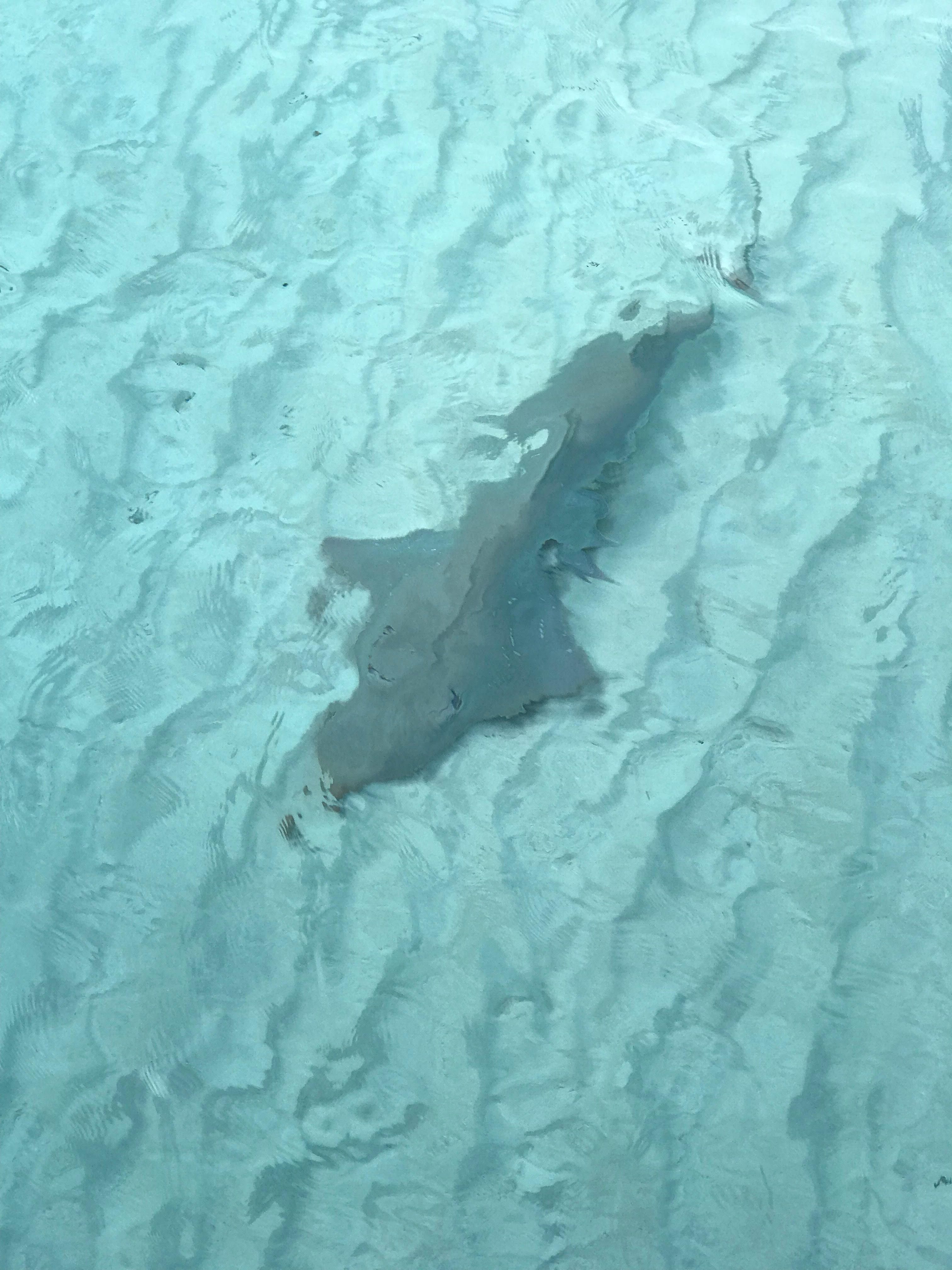 Contrary to its name, the guitar-shark is actually classified as a type of ray. With its body a guitar shape, with strong, large pectoral fins, they resemble a cross between a shark and a ray .. it is not surprising then, that so many people get confused!

Guitarfish can be found in sandy areas like our lagoon in the evenings, because during the twilight hours they will swim around on the sandy bottom looking for crustaceans, small fish, and worms to eat. Just like other sharks and ray, they have something called ‘Ampullae of Lorenzini’, an organ situated under their snout which gives them the ability to detect changes in electrical potentials, that occurs when something contracts its muscles (including the beating of the heart). This means that even though the ray cannot SEE it’s prey hiding under the sand, it knows where to find it! During the daylight however, they are ambush predators and will simply hide, waiting in the sand for their prey to pass by!