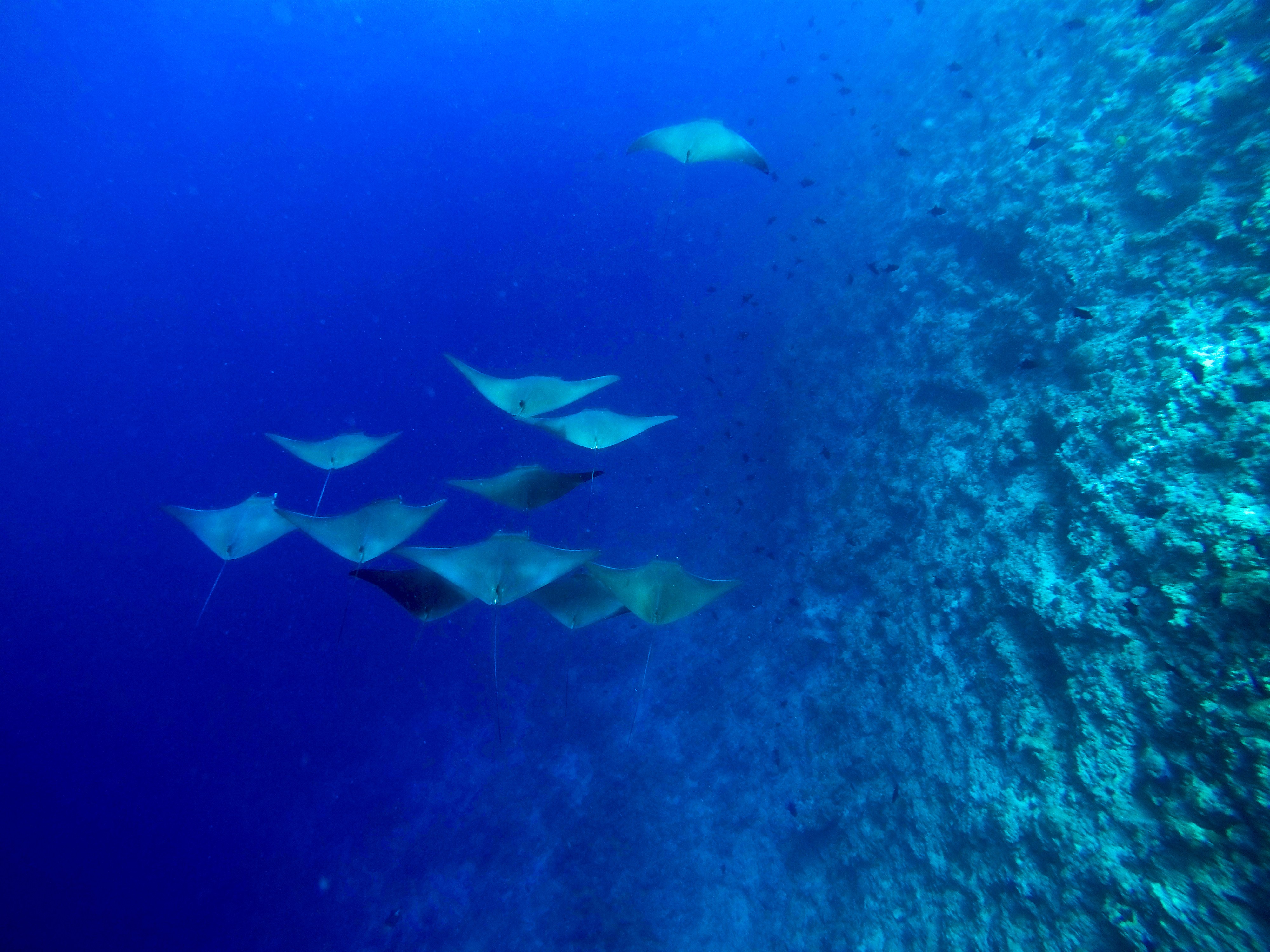 Although we have been speaking in the past about Mobula Rays, something special has been happening in the past 3 weeks here at Soneva Fushi. I was on holiday when I received a message from Dayanne, “I have seen Mobulas in the House Reef, by Bar(a)bara!”. I clearly got a bit envious as Mobula Rays are not the most common encounter here.

The Month of March has brought to us new friends, Mobula Rays also called Devil Rays for their horn like head fins. They are close relatives to the Manta Rays, all belonging to the Family of Mobulidae, but smaller in size, so much that people often mistake them for baby Manta Rays. The position of their mouth is different, being in the ventral part of their body and the head fins are less developed than those of Manta Rays, and what I particularly love of them is the speed of their swimming, so much that I often describe them as rockets in the ocean!

The first reports arrived on the 14th of March, when Dayanne (Assistant Marine Biologist) and few guests spotted them on the House-Reef in front of Bar(a)bara. Since they are generally one-off encounters, everyone enjoyed them thinking it would be the only time. But our flappy friends started hanging around the Sunset side of the island, cruising along the reef-drop off in search of food, since Zooplankton has been abundant there for some time. Since then few guests really helped us keeping track of these sightings with daily reports on their movements and habits, someone counting up to 22 Mobulas at the same time. All the information collected have been provided to Manta Trust who is now gathering data on Mobula as well.

Let’s hope they stick around for a little longer, being our Teaser to the upcoming Manta Season!