Nearly everything present on land has its marine version underwater. For example, cleaner fish stations and car wash stations, fireflies and bioluminescence plankton, turtles who are the gardeners of the ocean, and so many others! However, can we also have underwater beauty salons? Why not?! Let me introduce you to the Filefish. It is closely related to trigger fish given a couple of features, being: they also have erectile dorsal spines and a similar body shape but more compressed body.

Now, why are they called filefish? Well, their scales are small and the tips have spines that give it a sandpaper texture, just like a nail filer that is used in salons for manicures and pedicures. Since manicures and pedicures play a key role in the popularity of today’s salons, so do the filefish in their environment. These fish have strong teeth which they use to break off coral pieces to feed, but also to aid them in opening mollusks so that they may eat the soft internal parts, therefore they keep populations in check.

The filefish is quite beautiful, and I particularly think I would need quite a few hours in the salon to look nearly as pretty as it! Their colours and patterns vary between species, but something that they do have in common, is that just like we pick and choose the colour of our nail polish according to the season or our mood, most of these fish are capable of changing colours in order to blend with their surroundings and prevent getting spotted by predators. But they are even bigger masters of disguise, as according to Brooker et al. 2014, the Harlequin filefish (Oxymonacanthus longirostris), not only blends to their background visually but are also capable of disguising their smell. Some animals, specially nocturnal predators, use their sense of smell to find food. However, the Harlequin filefish can actually retain the scent of the coral that they feed on, therefore, the predators can mistaken the filefish for a coral!

The filefish is a beautiful fish by nature, it has great adaptations to protect itself from predators and it keeps the reef well groomed. I think it has the perfect combination of beauty and skills? Don’t you think so?

By: Dayanne Raffoul and Federica Siena 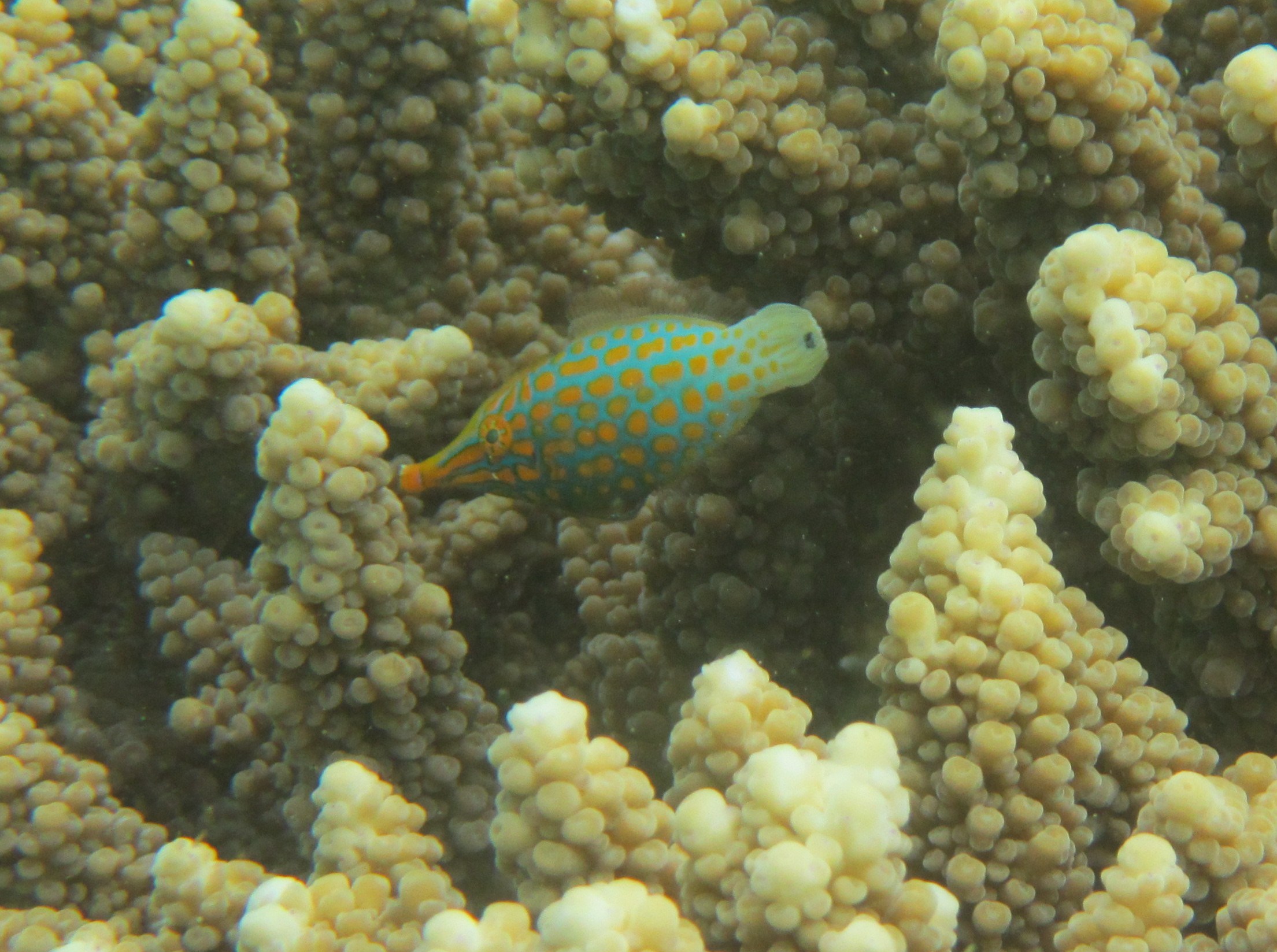