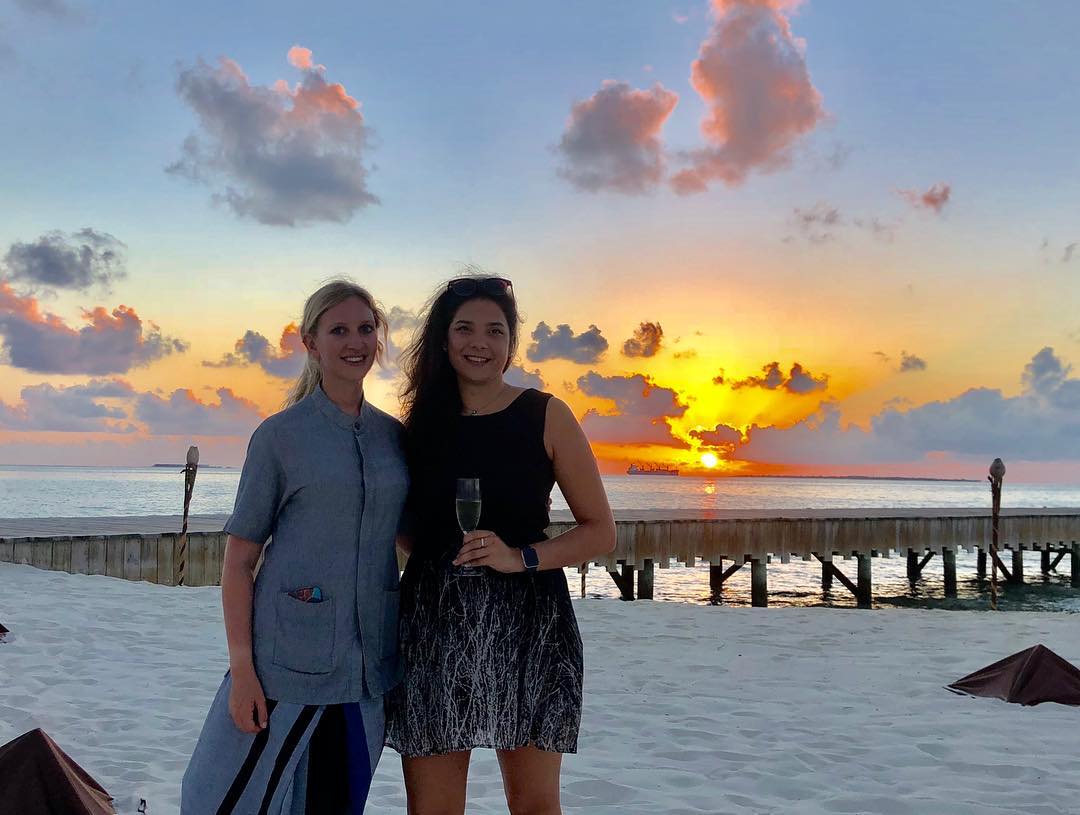 A couple of weeks ago we had an exciting visit from the Head Veterinarian of the Olive Ridley Project, Claire Petros.

The Olive Ridley Project is a charity that was founded by Martin Stellfox in 2013 to help protect and rescue large numbers of Olive Ridley Turtles that become entangled and injured in ghost nets (discarded fishing nets). Turtles that have been trapped in these nets, if alive, often require amputations of their flippers, and the stress of being trapped leads to buoyancy problems which prevents them from being able to dive down to eat or rest. These turtles require a longer term rehabilitation process. 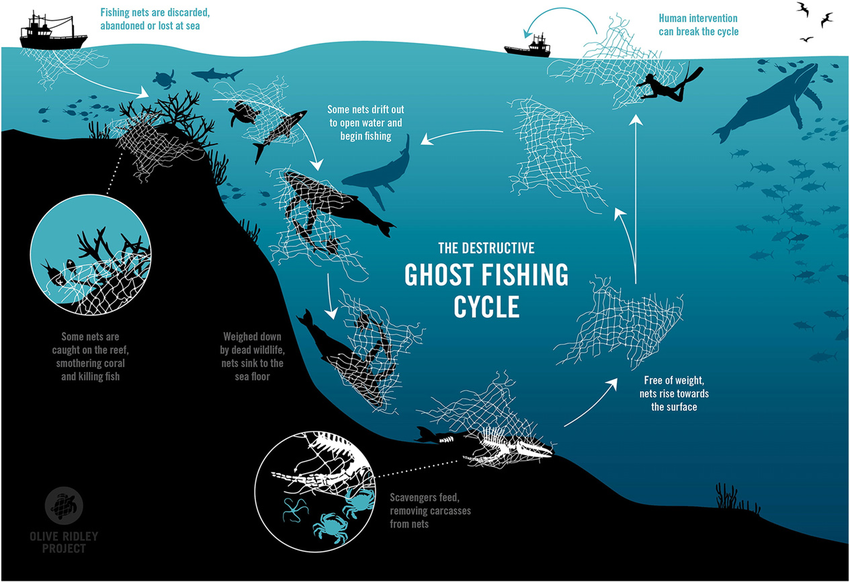 In addition to rescuing and rehabilitating the turtles, the Olive Ridley Project works to raise awareness among local and scientific communities about the issue, removes ghost nets from the ocean, determines and targets the origin of the nets, to influence those communities to change their fishing techniques to more ‘turtle friendly’ methods, such as pole & line – the predominant fishing method used in the Maldives.

During Claire’s visit, we organised some thought-provoking sessions to raise awareness about the impact of ghost nets in the Maldives, and to train the hosts on care of injured turtles. Because August and September have seen the rescue of 6 green turtles which have become stuck in our lakes and / or branches after nesting, the Island Guardian team who have been assisting with the rescues were particularly engaged! 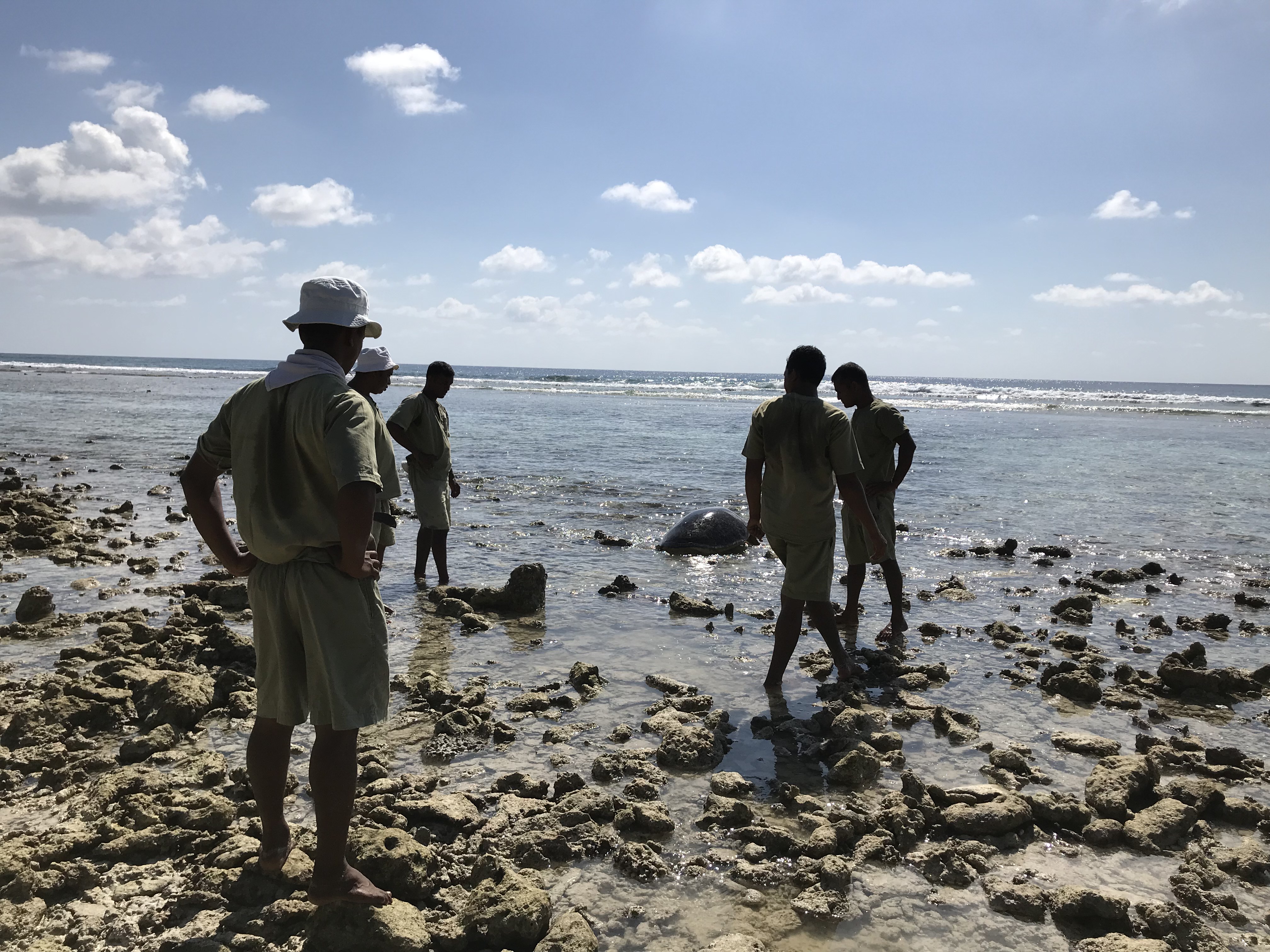 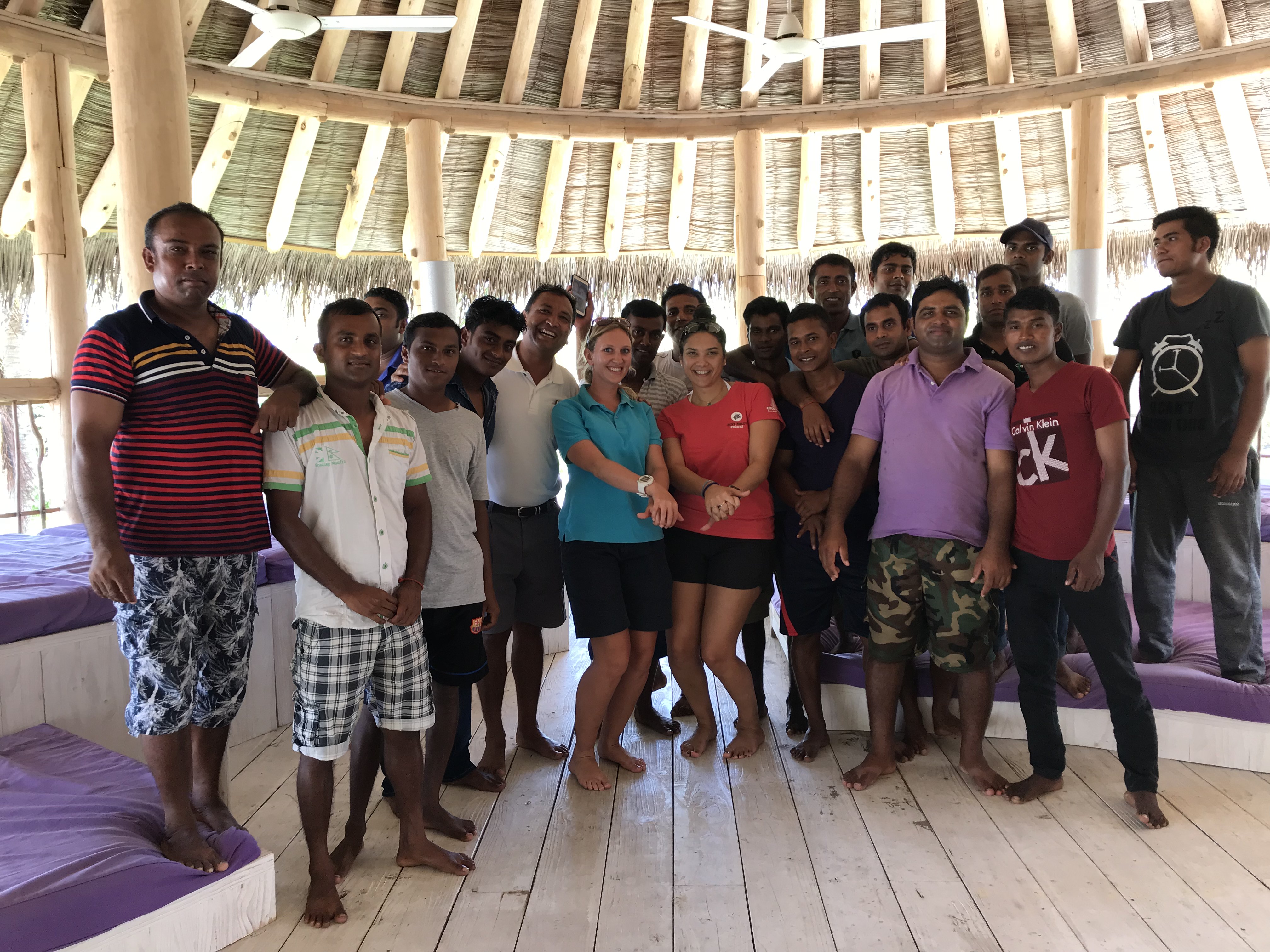 In addition to this, we also organised some special snorkels to find and ID turtles in the nearby area. Turtles can be identified by the unique pattern of scales on each side of their face. This project is helping to better understand the population dynamics and movements of Sea Turtles in the Maldives. One of our trips entailed visit large Green Turtles grazing on seagrass beds! 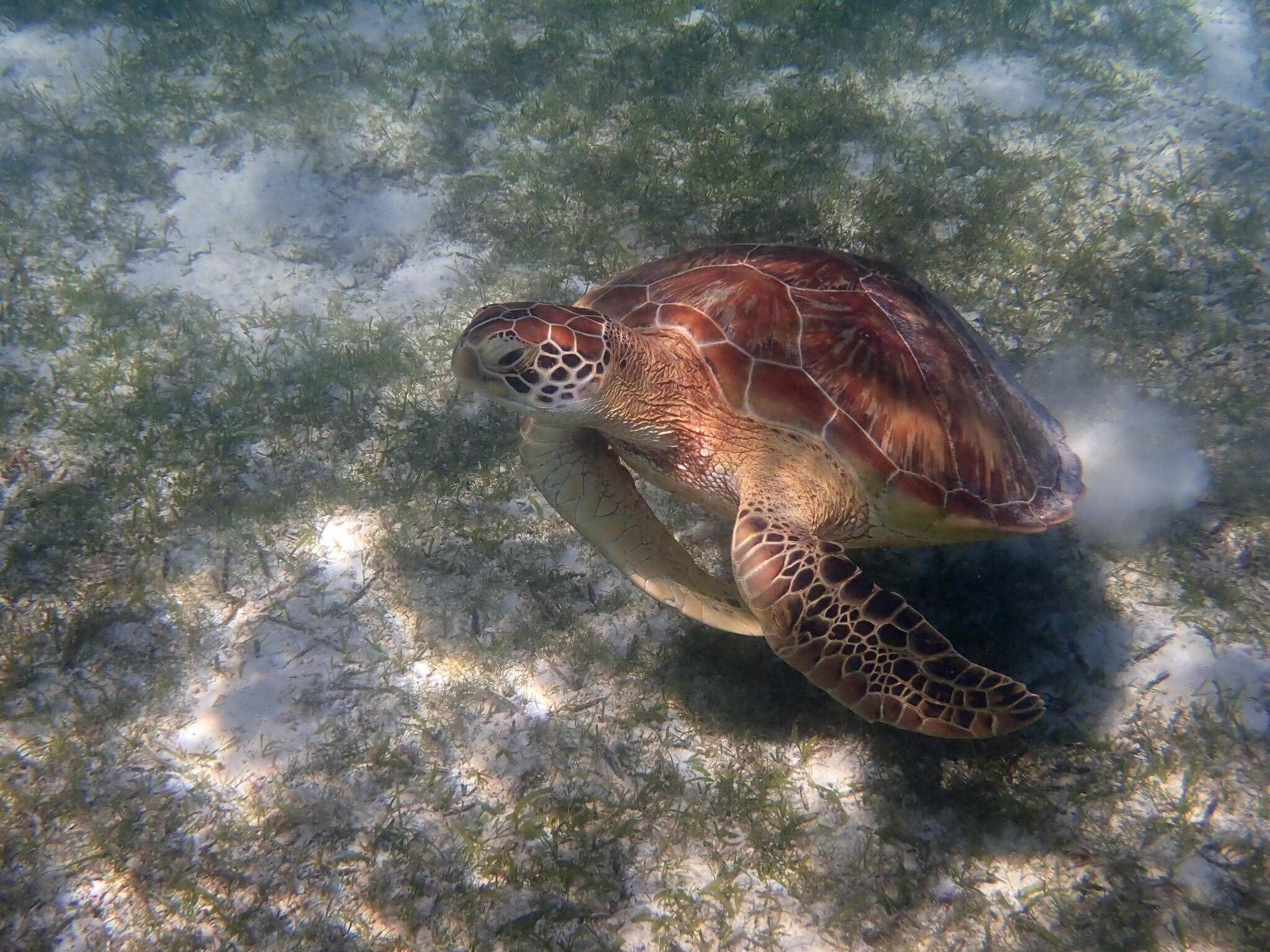 One of the many Green Turtles spotted! 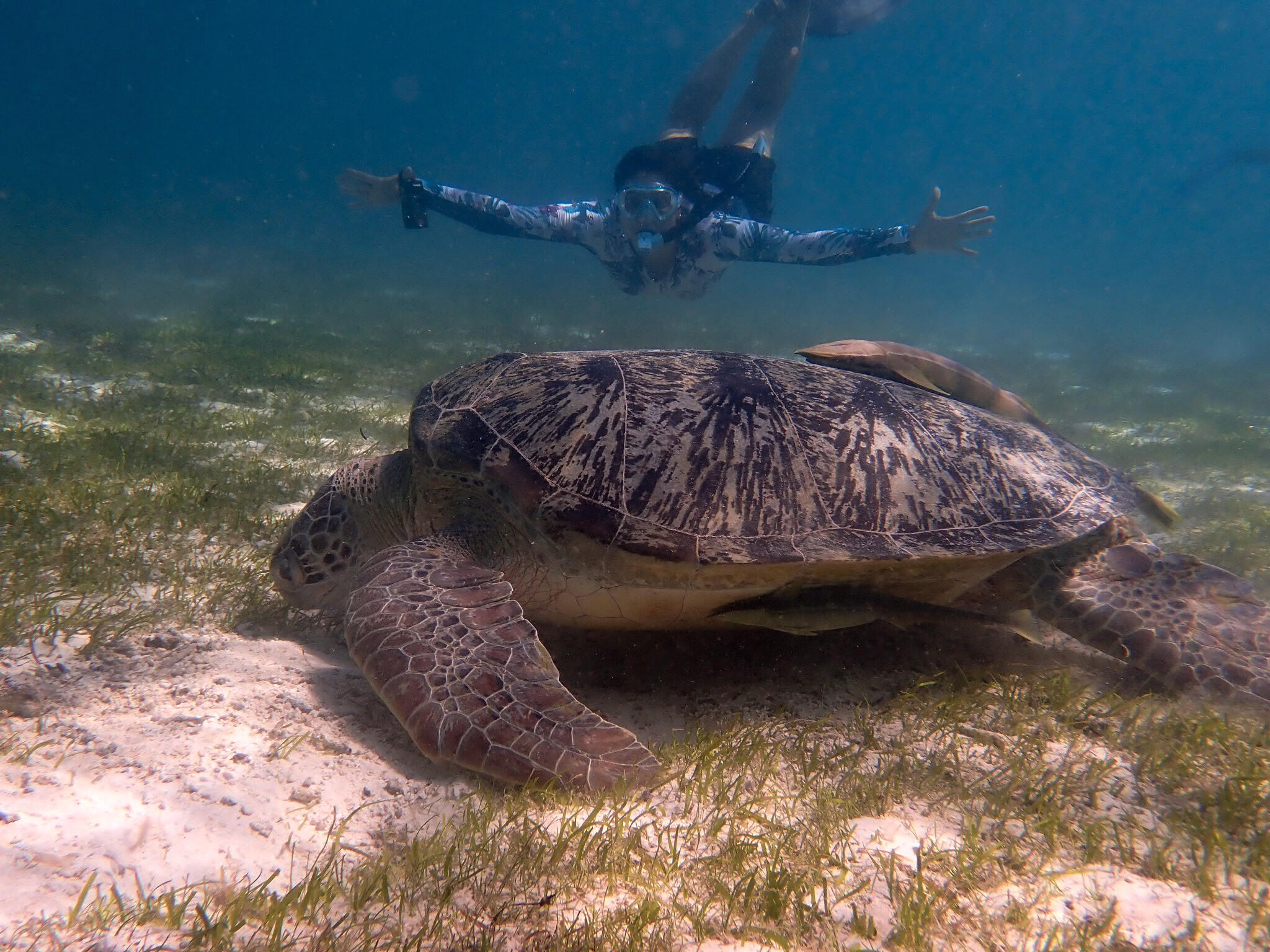 We are looking forward to working more closely with the Olive Ridley Project during the near future, and hope to see Claire again soon – watch this space!